Posted on December 30, 2021 by reelsteelcinema 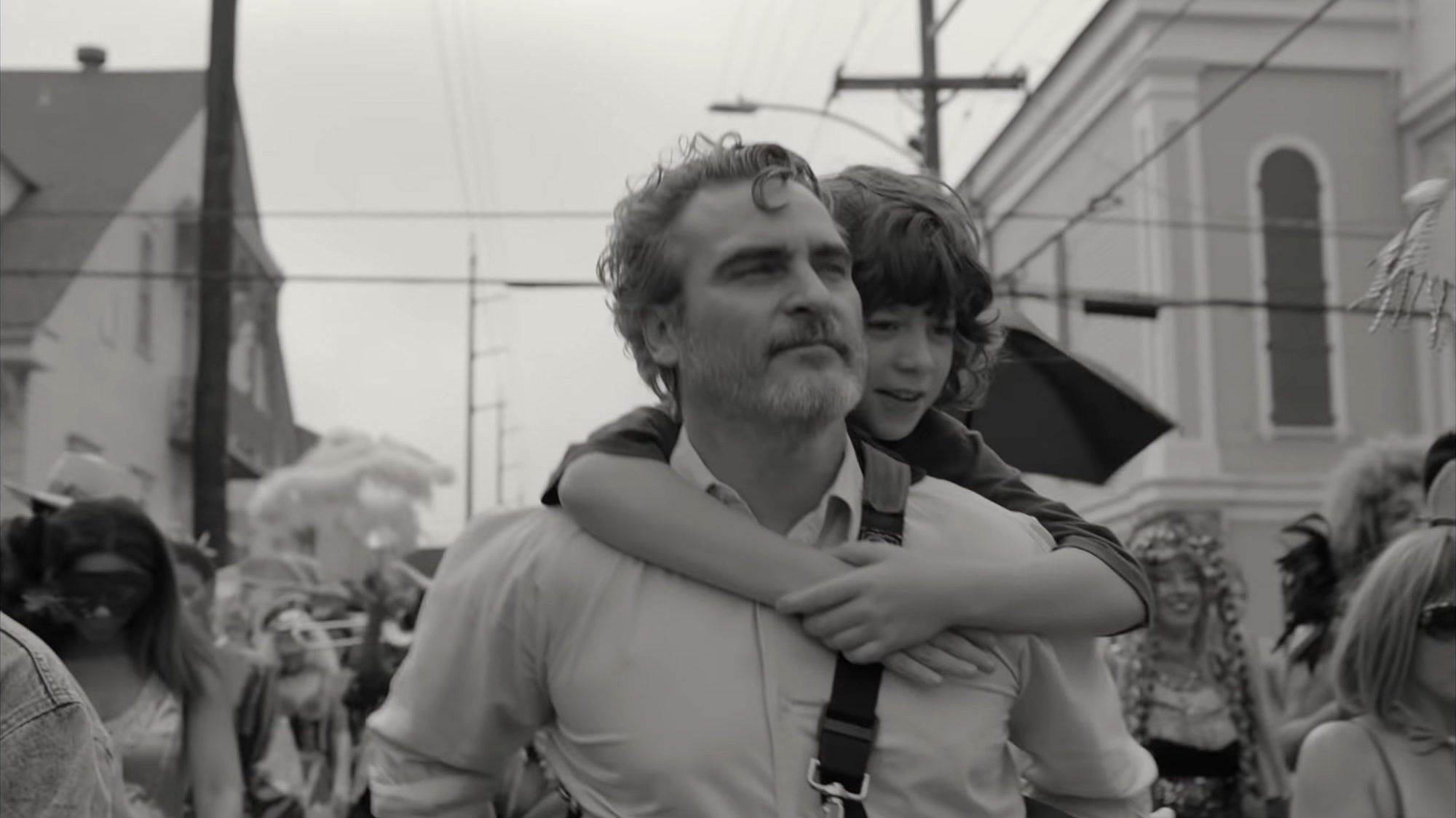 The films of Mike Mills are almost the complete antithesis of the big blockbuster; gentle and paced, genuinely humane with an abundance of emotional complexity, but with one or two big Hollywood actors to carry the narrative. His latest, C’mon C’mon is no exception.

It follows the growing bond between Johnny (Joaquin Phoenix), a radio journalist living in New York, and his nephew Jesse (Woody Norman), an imaginative nine-year-old living in California. Johnny offers to look after Jesse for a while so that his sister, Viv (Gabby Hoffman), can take care of Jesse’s father who is struggling with mental illness. The relationship between Johnny and Viv has been strained since the death of their mother, and by accepting their individual and familial shortcomings, this connection is rebuilt over the course of the film.

Shot in a sumptuous black and white, the film is a stylistic triumph. The beaches and palm tree-lined avenues of California are treated with the same muted melancholy as the loud, intense cityscape of New York, showing how untethered emotions can be unaffected by time and place. By levelling these contrasts and stripping away the distractions of colour, the focus of the film is shifted to the importance of sound, and specifically the power of listening. This gives it an almost documentary feel, as every frame serves to tell you something on a personal, societal or global level.

As a radio journalist, Johnny is currently working on a project that involves interviewing young people across the country and asking what the future looks like to them. The answers he receives are profound and reflective of the state of the world today, the inherent difficulties of being socialised among so much animosity, and the hurdles involved in forging your own identity in modern society. Despite his eccentric personality and nascent wisdom, Jesse refuses to be interviewed, and instead uses Johnny’s equipment to immerse himself in the sounds of the natural and man-made environments in the cities they visit together.

There is a real warmth and appreciation of difference in C’mon C’mon, anchored by the vulnerable performances of the three main actors. Phoenix particularly shows his incredible diversity as a performer and his capacity for capturing a specific kind of inner wound. Norman is a revelation as Jesse, tapping into every feeling with his whole body and soul. Ultimately, this is a film about being tolerant and accepting of our flaws and differences, no matter how frustrating the process may be. It is a poignant and heartfelt reflection on parenting and human relationships, and is a recommended tonic to the often overwhelming barrage of ‘content’ available today.