Posted on October 26, 2021 by reelsteelcinema 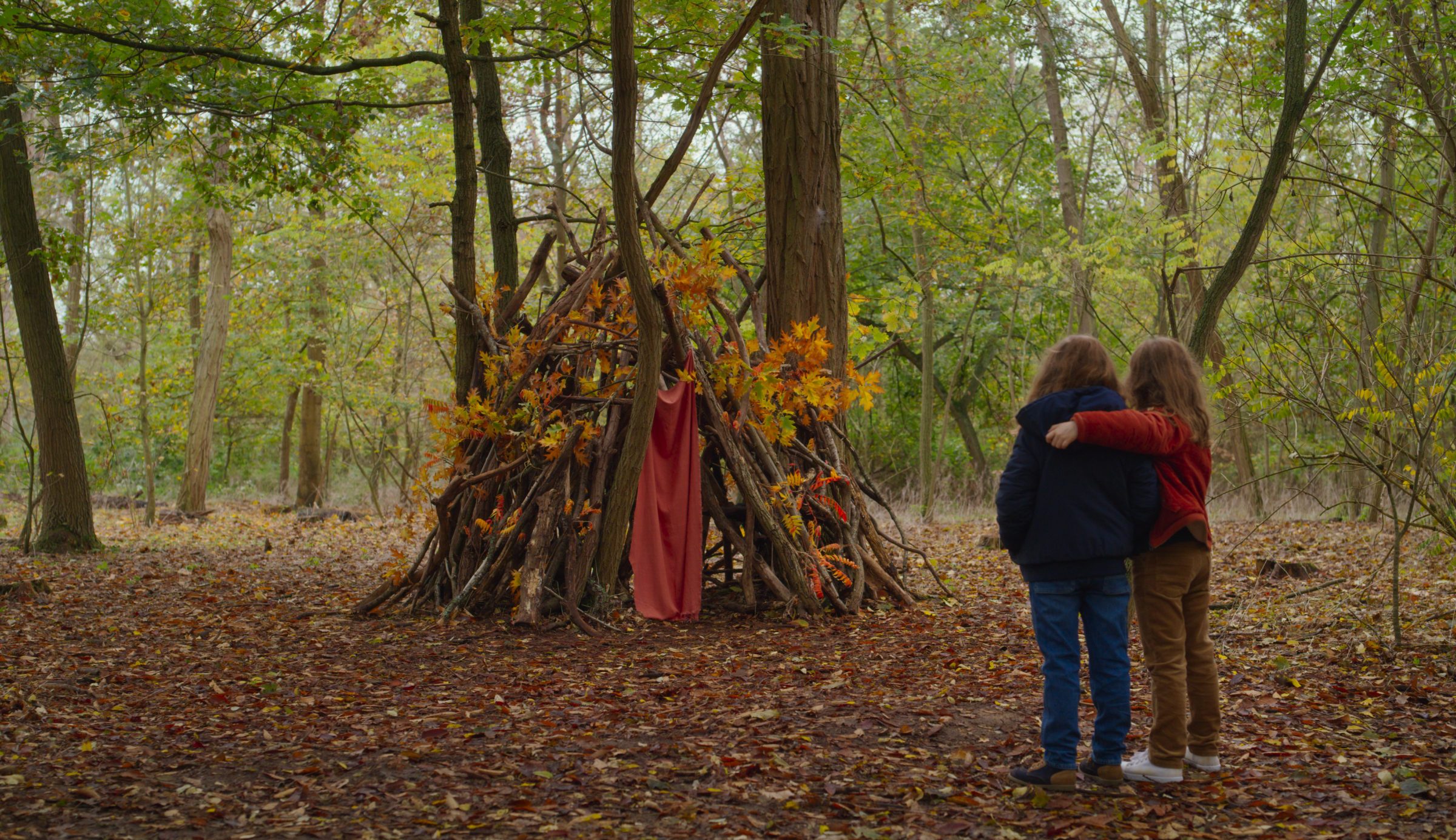 Céline Sciamma’s follow-up to the masterful modern classic Portrait of a Lady on Fire is the beautiful, simple 72-minute drama Petite Maman. It opens with the protagonist, eight-year-old Nelly (Joséphine Sanz), going from room to room saying goodbye to the inhabitants of the care home where her beloved grandmother has just died. We have only just met her, but already Nelly’s compassion is a sign that she will try to make sense of this loss by supporting her mother Marion (Nina Meurisse) in any way she can.

Nelly and her parents drive back to her grandmother’s home so that they can organise her belongings and move everything out. She is excited to locate the hut in the adjoining woods that her mother used to play in as a child, and eventually finds it while she explores as her parents put the contents of a whole life into cardboard boxes. But when Nelly wakes up in the morning, Marion has suddenly vanished, leaving the young child alone with her father (Stéphane Varupenne) who seems to not quite know what to say or do to assuage the grief.

Later that day while out playing in the woods again to pass the time, Nelly encounters a young girl (Gabrielle Sanz, actor Joséphine’s twin sister) who looks just like her, pulling a large branch over to the hut. She waves Nelly over to help and reveals that her name is, Marion.
Sciamma allows this blossoming friendship the space to flourish, and never overtly indicates whether it is a ghost story, an act of science fiction or purely a figment of Nelly’s imagination. Equally, she doesn’t specify if young Marion will always be found in an identical but fresher-looking house on the other side of the woods, or if her existence will cease once Nelly’s father puts the last box in the back of a moving van. It doesn’t really matter, because Petite Maman uses a familiar, youthful playfulness spliced with calmness and reflection in order to unpack the complexities of human life and emotion.

It shows that love, loss, family and friendship can be interconnected in myriad ways. The tension between physical absence but emotional presence is stretched across the equidistance between the past and the future. Petite Maman is a beautiful tale of a young girl simply trying to understand her mother so that she can be there for her during a difficult time, mixing surrealism with realism, child-like appeal with very adult contemplations on morality. It has something for every viewer, not least the reminder that our parents were once children with nascent curiosities and innocent worldviews.