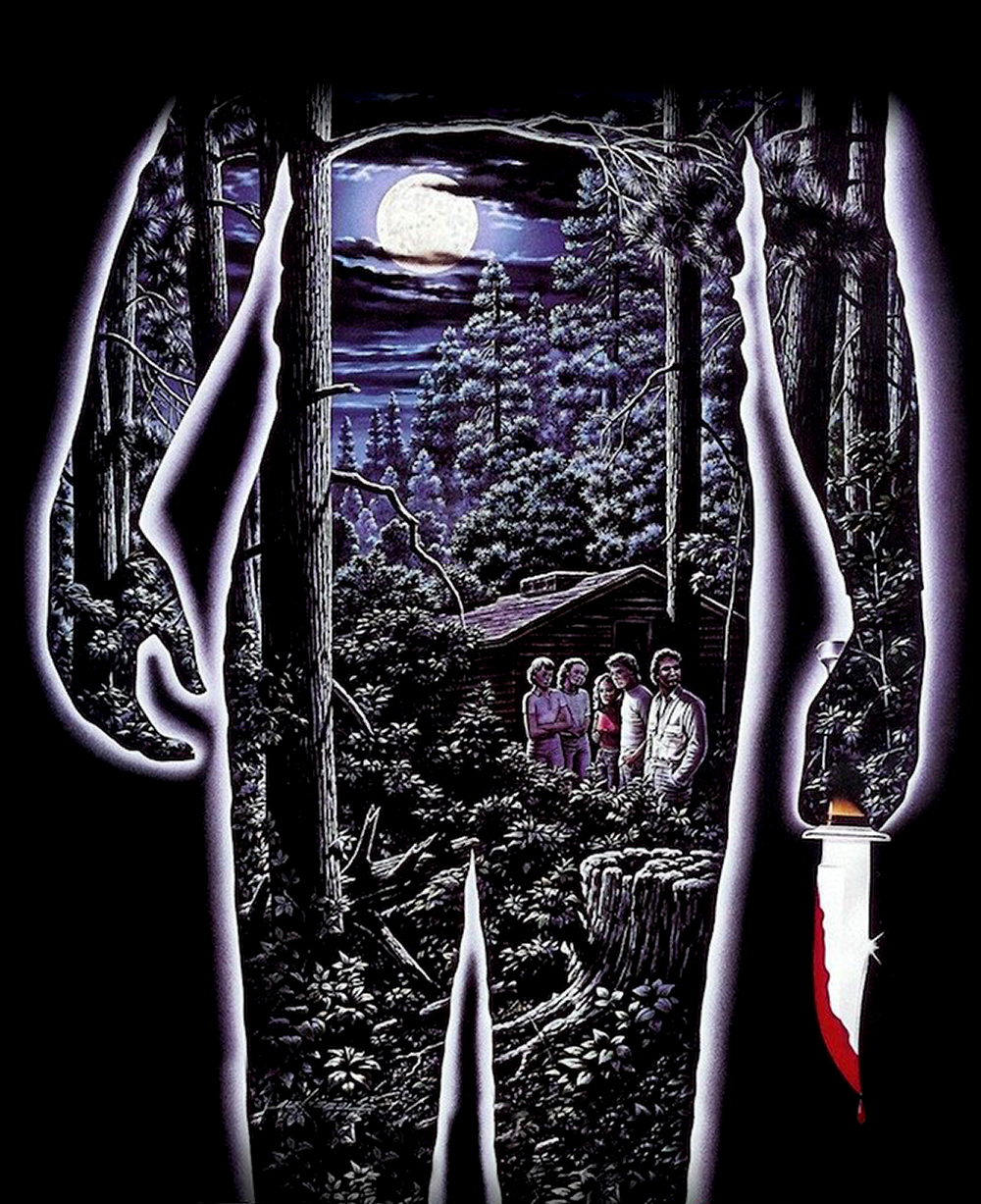 Comprising eight films between 1980 and 1989 (and a further four entries in the decades that followed), Friday the 13th is one of the defining franchises of the ‘80s.
Rivalled in popularity only by the Nightmare on Elm Street series, the Friday movies perfectly encapsulate ‘80s horror with teen-friendly tales of sex and violence, groundbreaking practical effects, cool soundtracks, and a truly iconic villain. This closely adhered to and extremely reliable formula would ensure fright fans flocked to see the latest entry year after year.

Indeed, the original Friday the 13th’s plot of teens getting slaughtered in inventive ways in the woods and cabins of the supposedly cursed Camp Crystal Lake would be repeated in almost every sequel with little to no variation. Rather than being a hindrance, this lack of variation is perhaps the series’ biggest asset.

The fans know what they want to see, the filmmakers deliver what the fans want, and the studio has another big hit on their hands. Everyone’s a winner. Apart from the critics who hated the original, that is. They’re going to absolutely loath every single sequel as, in essence, they are being forced to review the same movie over and over.
But who cares what critics think anyway?

This series isn’t meant to be innovative, trying to shake the very foundations of the genre. Its success is due to its dependability. It takes what works about the previous instalments and repeats it. Sure, this means a lot of the movies blur into one, but that’s just part of their charm.

These are the kind of horror movies you stick on if you just want a fun easy watch that’s sure to cheer you up. The comfort food of horror, if you will. You don’t have to think, you don’t have to concern yourself with any socio-political metaphors, you just have to sit back, relax, and watch some indestructible guy in a hockey mask wander around the woods killing vacuous teens in increasingly outlandish style.

So, if that sounds just like what the doctor ordered (metaphorically speaking of course, I don’t think they prescribe Friday the 13th on the NHS), grab your popcorn, turn out the lights, and come join us at Camp Crystal Lake as we take a look back at one of the most famous franchises in horror movie history…

Kicking off the decade in style, the first Friday the 13th scared up big business at the box office thanks to its successful appropriation of slasher granddaddy Halloween’s stalk and slash/teens in peril formula, coupled with more extreme scares and gorier murders.

Courtesy of effects maestro Tom Savini (Dawn of the Dead), the over-the-top slayings (knife through the neck, axe in the face, decapitation by machete etc) laid down the blueprint for the series’ penchant for penning more and more elaborate (read; ridiculous) ways of offing people. However, even compared with the gore of one of its contemporaries like The Evil Dead, the violence portrayed in Friday the 13th is pretty tame.

Backed by major studio Paramount, Friday the 13th is an odd mixture of independent exploitation-style gratuitous sex ‘n’ violence and straightforward, mainstream-friendly Hollywood scares. To be sure, despite the fact there’s plenty of blood and boobs on display, there’s nothing exceedingly grim or nasty about the film like the tree rape, fountains of bodily fluids, and demonic-dismemberment of the aforementioned The Evil Dead.

Neither too offensive nor too bloodless, Friday the 13th strikes just the right balance to endear it to both hardcore horror fanatics and more mainstream audiences looking for a fun thrill ride. A surprisingly effective cocktail that not only allowed it to take the box office by storm, but also engendered a pop cultural phenomenon that helped define ‘80s horror.

But what of the original movie itself?
Certainly, it’s no classic of the genre like, say, the original A Nightmare on Elm Street. It’s not even the best Friday the 13th movie either. However, it does hold up surprisingly well, and there’s no denying it’s effectiveness as an entertainment machine.

The direction’s pretty solid, the characters – although obvious stereotypes – are fun, the scares work (particularly the end chair-jumper where the supposedly drowned Jason leaps from the lake), it has a classic horror score, and Camp Crystal Lake is a memorably creepy setting. It also features a very young, pre-fame Kevin Bacon.

This would be (almost) rectified in Friday the 13th Part 2…