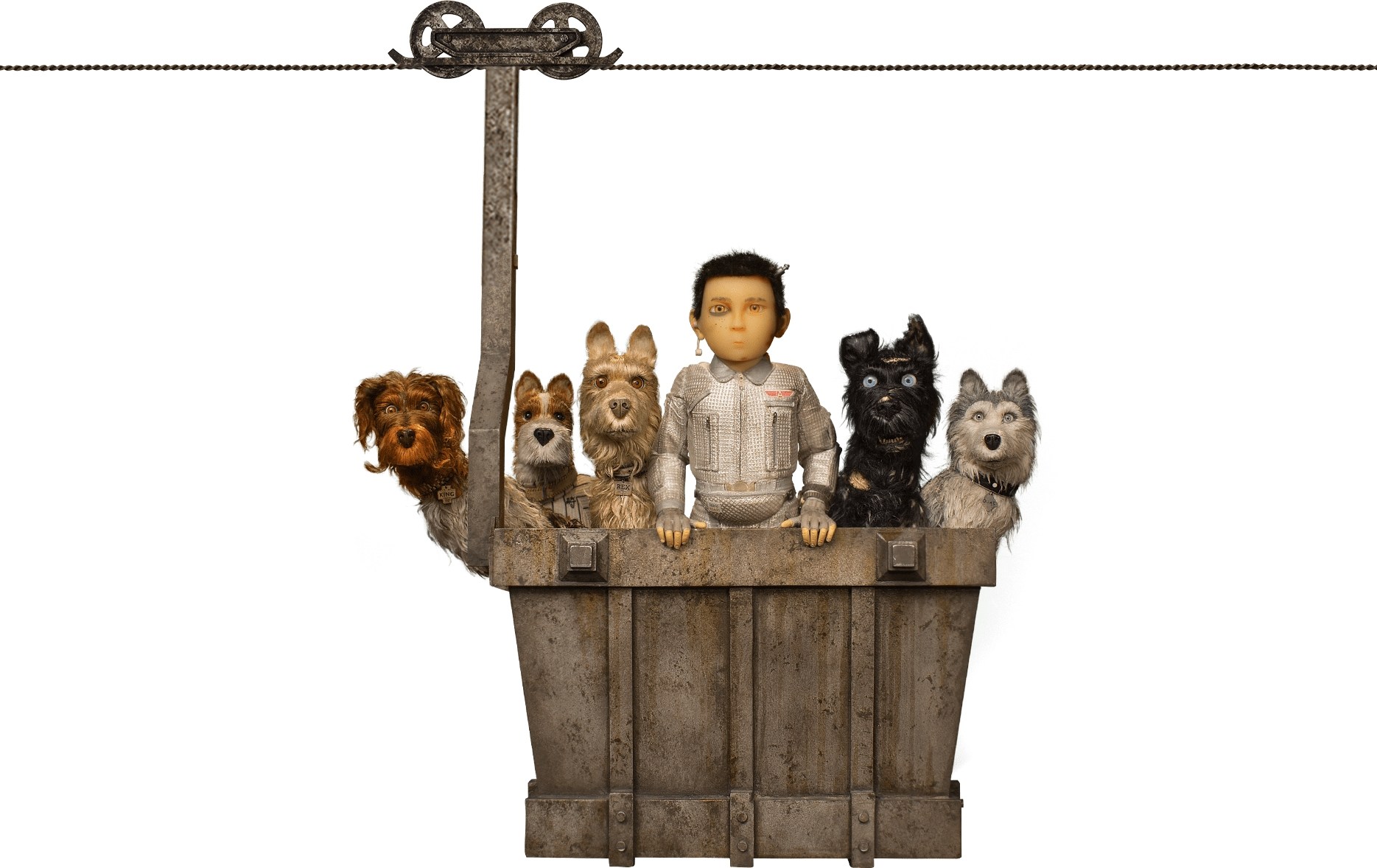 Only Wes Anderson’s zany aptitude for endearing repartee could enchant an adult audience awaiting an animated film about dogs, with an opening foreword that “all barks have been rendered into English”.
Isle of Dogs, Anderson’s ninth feature film and second venture into stop-motion animation after 2009’s Fantastic Mr. Fox is perhaps the visionary directors most adventurous to date.

Set 20 years from now, the film chronicles the frivolous drama which has descended on Megasaki, a fictional Japanese city governed by Mayor Kobayashi’s dog-hating tyranny. Insisting that an outbreak of dog flu threatens the well being of Megasaki citizens, Kobayashi banishes all the city’s canines to Trash Island, essentially a garbage disposal site appointed as the titular isle of “snout fever” ridden pooches, and volunteers his nephew and ward Atari’s guard dog Spots (voiced by Liev Schreiber) to be the first.

The kind of dystopian junkyard Wall-E would’ve relished in, it is on this perfectly hideous island that we find the narrative’s dignitaries. Bryan Cranston’s alpha stray Chief and his pack of eccentrics, Rex (Edward Norton, demonstrating leadership qualities reminiscent of his Moonrise Kingdom Scout Master Ward), ex-team mascot Boss (Bill Murray), gossip fiend Duke (Jeff Goldblum) and former spokesdog King (Bob Balaban), are making ends meet by scraping their way through trash piles and brawling with other dogs when Atari arrives to rescue his beloved companion Spots, albeit chaotically and in a hijacked plane.

Atari’s quest to find Spots with support from Rex, Boss, Duke, King and some (reluctant) help from Chief is the overarching story, but the politics and corruption spiralling out of control back in Megasaki receive equal attention. By pitting Kobayashi’s preference for cats against the scientific opinion of Professor Watanabe, who insists he is close to finding a cure for dog flu, Anderson has subtly and humorously woven a satirical commentary on the conflict between tradition and modernity, one which employs a Nosferatu-esque henchman and poisoned sushi to maintain an authoritarian status quo and, in an unnecessary cultural misstep, the ingenuity of an American exchange student to dismantle it.

Not content with creating a story which appeals to young and old alike, Anderson has produced one of the most visually stunning animations ever made. For a film that took weeks to make mere seconds of footage, it is an artistic triumph which boasts beauty even some live action features fail to capture. The most minute details are testament to the painstaking production process, such as the billowing wind which brushes through the dogs fur and blows delicate cherry blossoms onto them back in Megasaki; a purely decorative feature, but one which adds a truly astonishing degree of verisimilitude.

Much like its predecessor The Grand Budapest Hotel, the vicissitude in Isle of Dogs taps into the personal fragility hiding beneath the stoic exterior of its main characters as well as wider societal ills, in a way that only Wes Anderson’s toy-box of imagination can portray.