Posted on September 7, 2022 by reelsteelcinema 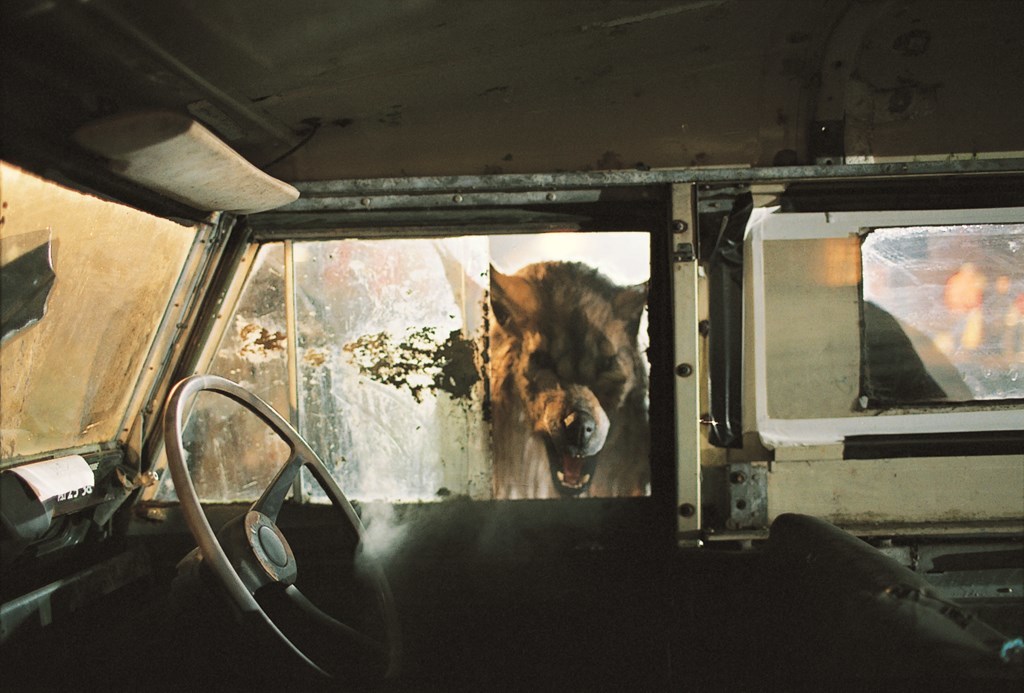 The story is simplicity itself: a bunch of raw squaddies and their superiors, Cooper (Kevin McKidd) and Wells (Sean Pertwee), are on a training mission in the Highlands when they discover another group of soldiers, actual Spec Ops ones, have been butchered by something that dwells in the woods. Only Ryan (Liam Cunningham), the Spec Ops unit commander, whom Cooper has met before, has survived but is gravely injured. Chased by something fierce and fast which kills one of the men and wounds Wells, they bump into local Megan (Emma Cleasby), and travel to a lonely house in the woods (as usual, a bit of horror movie knowledge would have come in handy here) to get help, only to find themselves alone and surrounded by ravening werewolves. The lads (and lass) must use every bit of their training to survive until sunrise, but who will survive…and what will be left of them?

Inspired by John Carpenter and John Landis, Marshall wrote a genre-literate script which crackles with dark humour (mostly coming from the resolutely working-class attitudes of the main characters), “splatstick” violence (guts are spilled, especially those belonging to Wells who has to fight a dog for his intestines), macho attitudes are tested (Spoon, played by Darren Morfitt, has a deathless final line, spat into a snarling werewolf snout, that could have come from North East institution Viz Comic), conspiracies are laid out (the real reason for the “training mission”) and pop-culture is referenced. Apart from the usual movie-centric werewolf lore, there are nods to Aliens (“Remember, short controlled bursts”), Zulu (“Know what this reminds me of? Rorke’s Drift”) and The Matrix (“Where is Spoon?” “There is no Spoon”.) as well as very British references like Esther Rantzen and her novelty television show That’s Life (upon seeing his guts Wells deadpans “Sausages”)!
It’s some fun if you’re in the right mood, but for many, Dog Soldiers is nought but a blip in British Film History(TM).

So why look back upon this title? Because the Blu-Ray of Dog Soldiers (released from Second Sight) almost didn’t happen in the form it is in now. When a Blu-ray edition of the film was first released, the elements necessary for a good transfer of picture and sound were missing, presumed lost. The first releases ended up using two beaten-up prints and Marshall was unable to correctly grade the film to his vision. Only after the original camera negative (the film was shot on 16mm) was discovered could a proper 4K restoration, with Marshall’s approval, take place.
Such is the fate of many other independent movies where haphazard archiving and storage is seemingly the norm. Dog Soldiers is one example of a film that would have existed on a sub-standard digital form for new and existing fans to discover and enjoy were it not for the tireless work of companies (Vertigo Films) and boutique labels (Second Sight) trying to make these films look and sound as good as possible.
In today’s world of streaming, where movies can be removed from a service or altered beyond the vision of the makers (remember the aspect ratio slip-ups of shows like The Simpsons and Buffy The Vampire Slayer?), having a physical copy of a film in the form of a negative AND a digital “print”, approved by the director and cinematographer if possible, of ALL FILMS, not just the studio-made heavy-hitters and the “classics”, is absolutely crucial to the future appreciation of cinema. The treatment of a much-loved, financially-successful genre flick like Dog Soldiers should ask pertinent questions about the state of indie film archiving and restoration.

← Press Eject: The Video Nasties Saga
Crimes of the Future →