Posted on October 18, 2021 by reelsteelcinema 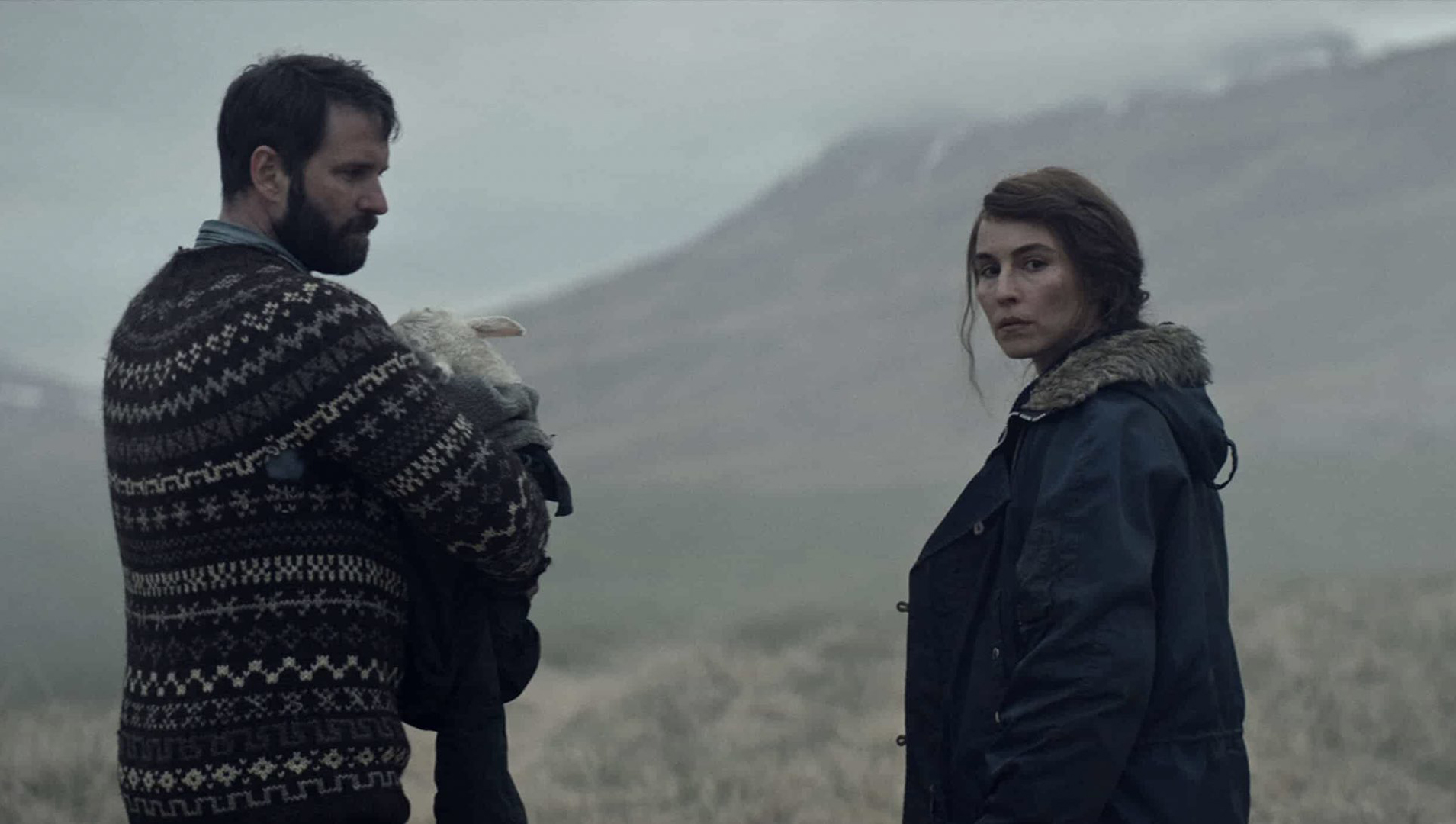 Valdimar Jóhannsson’s feature-length debut Lamb continues the great A24 tradition of menacing animals messing with the human state of mind. The film centres around María (Noomi Rapace) and Ingvar (Hilmir Snær Guðnason), a young childless couple who own a sheep farm in pastoral Iceland. Among the sprawling landscape, they spend all day, every day harvesting crops, tending to their flock and hardly exchanging so much as a glance at one another. There is great sincerity and dolour involved in every moment; a Christmas dinner is had without any kind of festive cheer or visible satisfaction.

Things change when one of their ewes births a supernatural calf, though we don’t see anything of her form past her perfectly-formed lamb head for about 20 minutes after she arrives. We know something is up though. The instant she is born, María’s face reads disbelief, terror and something akin to adoration. The scene cuts to her carrying the child away—what will she do with her? It cuts again to María watching over the lamb-baby as she sleeps soundly in a small metal tub, swaddled in blankets.
The couple affectionately name the baby Ada and tend to her as she rests in a crib dragged from the barn next to their own bed. When we do finally see the child’s body, it’s when María scoops her up from the ground in a misty field after the ewe who birthed Ada has seemingly kidnapped her and attempted to flee. María’s rage directed at the ewe, paired with the ready-made but untouched crib brought out of storage, implies that her maternal affections have been previously thwarted in some way, and Ada offers the potential of a new beginning.

Stylistically the film includes a lot of handsome frames-within-frames, often from the outside looking in when capturing the sheep (ponderously gazing out of a window, ‘when will my husband return from war’ style) and vice versa for the humans. This is a clever choice to establish power, boundaries and perspective, and suits the richness of the bucolic colour palette. However, intentionally or not, a frustration can be found with María and Ingvar never once acknowledging Ada’s form and the mystery surrounding her sudden entrance into their lives. The only person to acknowledge it is Ingvar’s brother Pétur (Björn Hlynur Haraldsson), and even then it is only fleeting before he too becomes entranced by Ada. Pétur is inserted purely to disrupt the happy family facade, and it doesn’t work—the character is a needless addition to the plot and his ‘listen to me, I’m the voice of reason’ nonchalance feels shallow. Lamb sets out to do too much while asserting to do very little, the result is a film that barely amounts to anything, even with an ostensibly absurd twist in the vein of Robert Eggers’ The Witch and similarly bleak examples of monstrous modern surrealism.

← Passing
The Power of the Dog →