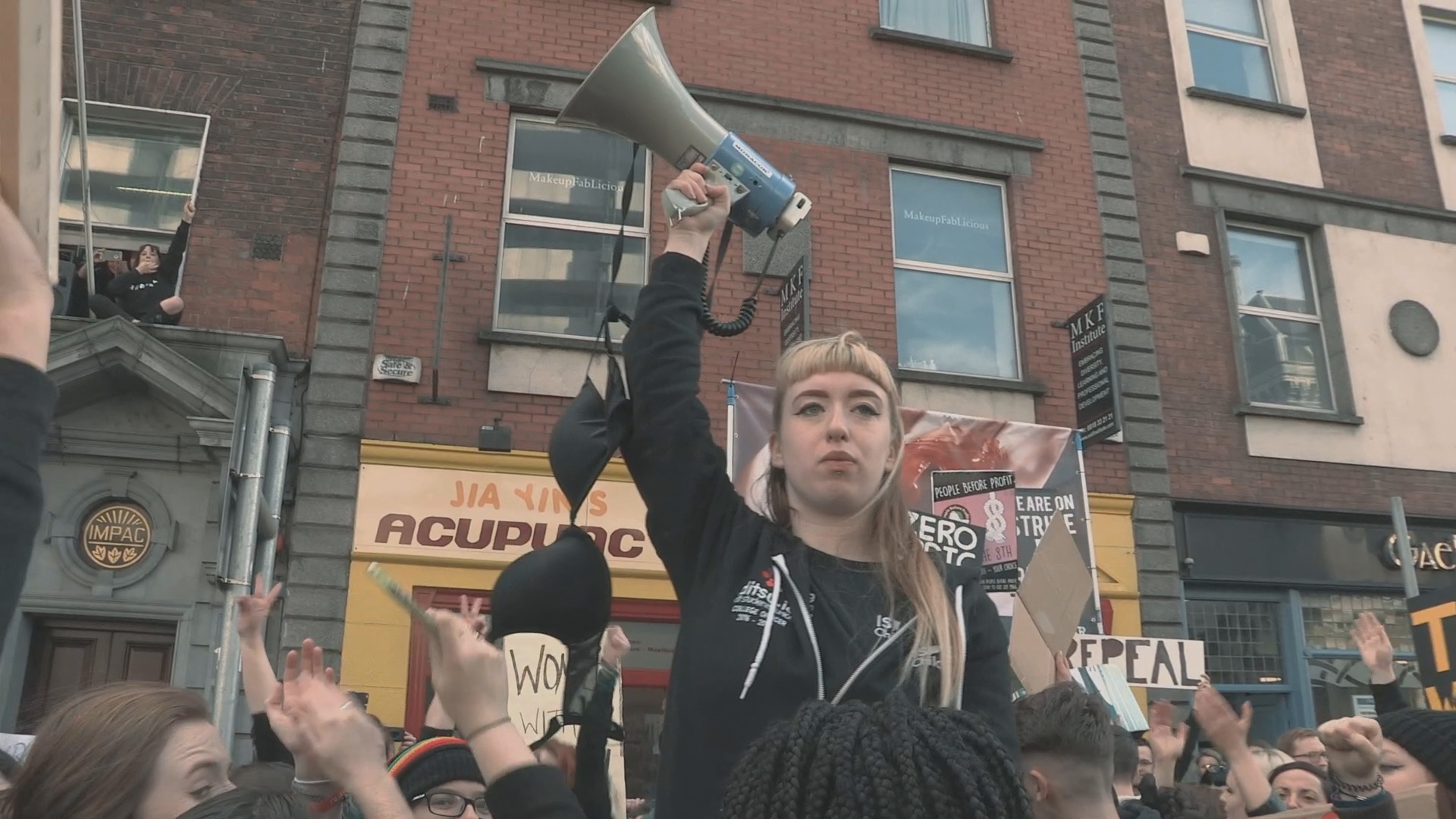 The 8th is not a comfortable film to watch, no matter what side of the abortion debate you stand on. It is designed to be so, including both sides of the discussion in its incisive look at the landmark national campaign to repeal the Republic of Ireland’s Eighth Amendment, a constitutional ban on abortion introduced in 1983 after the Irish public voted by a 2:1 margin to make the rights of the ‘unborn’ equal to that of mothers and to criminalise all pregnancy terminations in the country. Thirty-five years later, another referendum was held to uphold or repeal the Eighth Amendment.
The documentary, directed by Lucy Kennedy, Maeve O’Boyle and Aideen Kane, most closely follows the pro-choice campaigning efforts of Ailbhe Smyth and Andrea Horan, as well as their dedicated teams of grassroots activists in their singular goal of overturning the Eighth Amendment and forging a new progressive path for Ireland.

Though the primary attention of the film is Ailbhe’s Together for Yes campaign, we are shown opinions from the opposition on the ‘vote no’ side as well. This is not only from footage of protests, marches and television debates with politicians, but also short discussions with members of the public. Young and old, rural and urban, religious and secular, Yes and No—the binary opposite demographics which were vital to winning or losing the referendum are given fair attention.
Early in the film, a young woman holding a placard at a protest and stating firmly that her body is her own is confronted by an elderly woman who contests that her body is not hers because it was made by God. While primarily building momentum by highlighting the tense discussions between the government, the church and prominent campaigners, The 8th utilises the wavering opinions of the public to show just how strained the build up to the referendum was in the real world.

The fundamental transformation in Irish culture from an exclusively conservative society to an increasingly liberal one was achieved through aggressive but necessary civic engagement, as the absurdity of comprehensive reproductive rights for women being a divisive issue at all was unravelled through the fight to legalise abortion. The case of Savita Halappanavar, who died from a septic miscarriage after her request for an abortion following an incomplete miscarriage was denied, further reinforces the very real consequences of inadequate healthcare for women. At the referendum, 66.4% of the Irish public voted to remove the Eighth Amendment—the margin was also 2:1. Three years after the vote, The 8th is a timely and emotive reminder of the importance of democracy and the power of community (local and global) for mobilising change.

The 8th will open in UK cinemas on 25th May, coinciding with the third anniversary of Ireland’s referendum.
Screening details >here<.