Posted on October 18, 2020 by reelsteelcinema 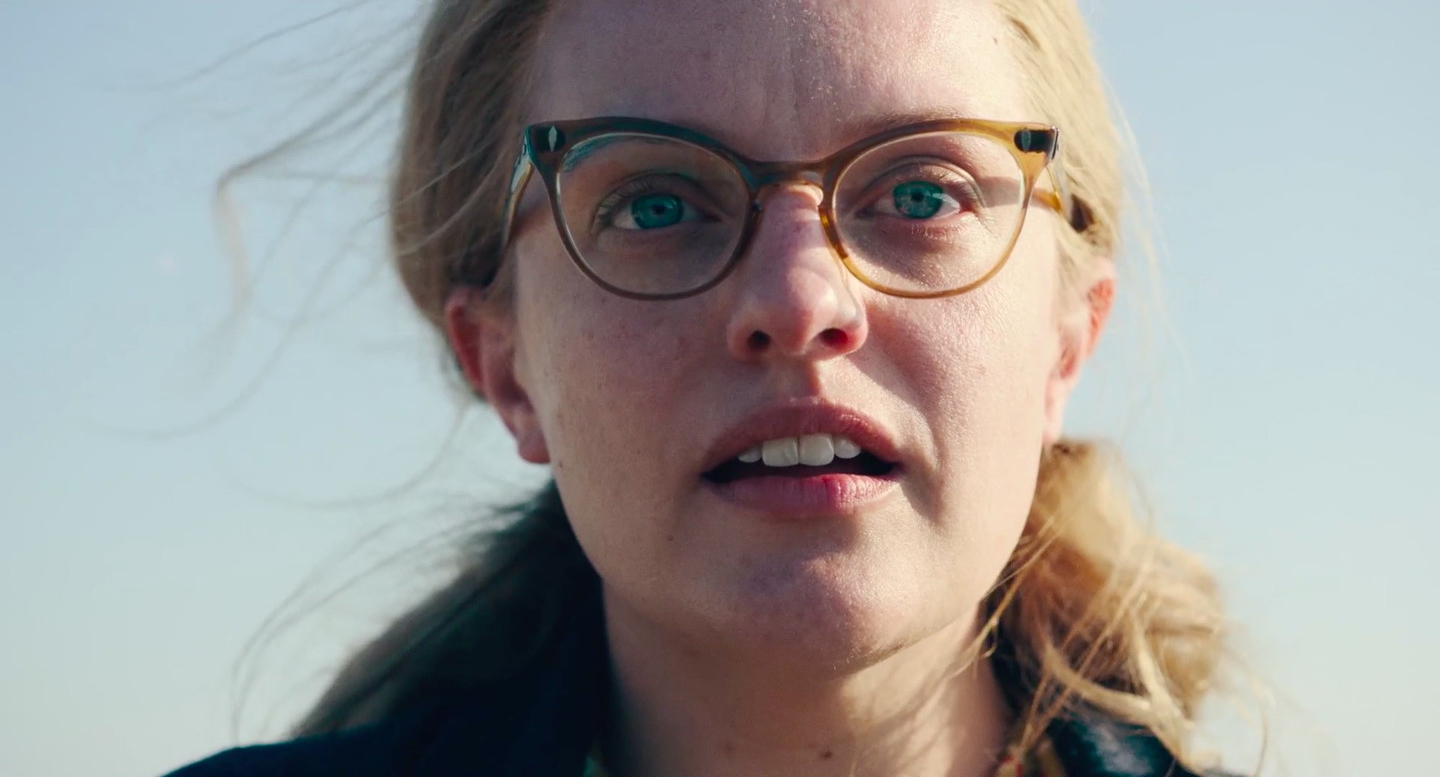 The first thing to note about Shirley is that it is not a biopic. At least not in the traditional sense. Adapted from the novel of the same name by Susan Scarf Merrell, Shirley focuses on a fictitious scenario involving American novelist Shirley Jackson (Elisabeth Moss) and a young couple named Fred and Rosie Nemser (Odessa Young and Logan Lerman).
The premise is as follows: Shirley’s husband Stanley (Michael Stuhlbarg) invites the Nemsers to stay in their home for a short period while Fred settles into his new teaching post at Bennington College, where Stanley works as a professor.

The film opens with a shot of Rose reading Jackson’s notorious short story ‘The Lottery’ on the train journey to Vermont. Aroused by the macabre tale of civic barbarism, Rose initiates a bathroom rendezvous with Fred. A signal that, beneath her veneer of politeness, Rose is not a conservative housewife. Their fervent lovemaking serves as a sharp contrast to the sterility of Shirley and Stanley’s relationship. Plagued with bouts of depression and writer’s block, Shirley spends hours in bed chain-smoking while Stanley openly pursues other women. He looks after Shirley when she takes a bad turn, but he also infantilises her and relentlessly critiques her work.

Throughout the film, Shirley is presented as co-dependent and volatile. Her only sources of excitement seem to be drinking excessively and misbehaving at social gatherings. At first, Shirley is hostile towards the Nemsers and she conspires with Stanley to make their lives difficult. However, as time passes, she comes to rely on Rose and the two women form an unlikely attachment. Intrigued by Shirley’s writing process, Rose attempts to help Shirley research her new novel, which is inspired by the disappearance of a local girl.

Shirley is set almost entirely within the domestic sphere. There are a few woodland and campus scenes, but for the most part, we are confined inside the house. This location clearly reflects the stifling expectations imposed upon women during this period. Like Shirley and Rose, the audience are hemmed in and forced to endure the monotonous scenery.

Elisabeth Moss gives a compelling performance in the title role. Even when Shirley behaves in a way that is manipulative and callous, we never lose sight of her vulnerability. What is less compelling is the ways in which the film leans into stereotypical notions of neurotic female genius. For some, the name Shirley Jackson is synonymous with the idea of morbid and ‘unhinged’ female creativity (see also: Jackson’s contemporary, Sylvia Plath). It is true that Jackson was reclusive (the word we often give to people who don’t suffer fools gladly); it is also true that she struggled with mental ill health; but she also raised four children whilst earning a living as a prolific writer – a feat that is curiously missing from this portrait.

Nevertheless, the film captures the spooky, dreamlike atmosphere of Jackson’s writing well. Rose resembles the haunted women of Jackson’s novels and her crisis at the end of the film is presented as a kind of epiphany rather than a tragic spiral into ‘madness’. In very different ways, both Shirley and Rose eschew the rigid gender expectations of the time and emerge with a greater sense of their own agency.