Posted on August 20, 2020 by reelsteelcinema 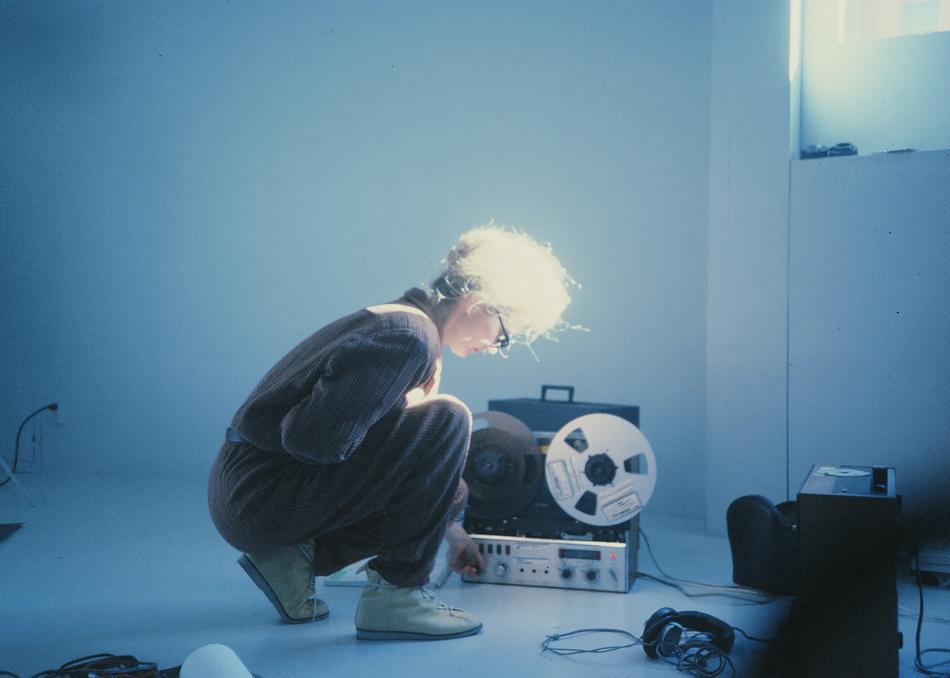 “This is the story of women who hear music in their head. Of radical sounds where there was once silence.”

A full sensory experience, Sisters with Transistors tells the stories of ten women, and how each shaped the future of electronic music, fittingly narrated by Laurie Anderson – composer of the avant-garde classic O Superman.
Our eyes are treated to some incredible analogue technology; the knobs, tape reels and computer screens that make up these women’s worlds, while we’re also shown the workings of their instrumentation. We’re awarded a mind-blowing soundtrack; from Clara Rockmore playing a theremin as gracefully as a violin, to Delia Derbyshire’s creation of the Dr Who theme, and Suzanne Ciani unleashing her synths on The David Letterman Show.

As a woman working in tech, the daughter of a “lady pianist”, and a fan of Fever Ray, I was touched by the film’s subject, being drawn to how electronic music allows you to become faceless. There is much to sit back, listen to and enjoy in Sisters with Transistors, but you’re left with a sense of injustice.
Archive footage, including experimental music videos and old BBC broadcasts, is cut together with contemporary interviews with surviving musicians. It’s as though we’re being told a secret history, and you feel sad for not recognising some of these extraordinary women’s names. The film opens with the voiceover, “The history of women has been a story of silence” and by the end, you understand exactly how electronic music can be used as a tool for female empowerment.

Despite each of the ten composers’ stories being very different – from mathematicians and sound engineers, through to artists and classical musicians – they’re universally drawn to the DIY aspect of electronic music. Being the undeniable sole creator, they have total control over everything they produce.
“The machine doesn’t write the music. You tell the machine what to do and the machine is an extension of you”, explains Laurie Spiegel, creator of Music Mouse software for Mac. She recalls of how she was told she couldn’t become a composer – “Composers were old dead white men”. The pioneers in Sisters with Transistors share of how they were underestimated or ignored, with French composer Eliane Radigue even telling how someone said it was good to have her in the studio because “she smelt nice”. It’s disheartening, and seems a world away from a scene where artists of today like Grimes have space to thrive.

We’re shown of how historically, people were suspicious of electronic music, whatever your gender. It was considered “diabolical” in France, and music made using computers was snubbed by counterculture as belonging to the realm of banks and offices. Bebe Barron’s (together with husband Louis) unearthly score for 1956’s Forbidden Planet was credited as “Electronic Tonalities”, as it wasn’t considered music.

Some of the standout footage is the oldest; seeing equipment being used “creatively” for the first time. We witness Daphne Oram, a sound engineer during WW2 and one of the founders of the BBC’s Radiophonic Workshop, drawing onto magnetic tape to create sound. We meet mathematician Delia Derbyshire, who arranged the Dr Who theme in 1963, educating BBC viewers on sound wave shapes. She was presented in the guise of a teacher, more than as a creative force. Her iconic sounds did a lot to dispel distaste for electronic music. Despite influencing artists such as Aphex Twin and the Chemical Brothers, she died “unsung” and burnt out.

Inspired by the eerie wails of air raid sirens (still holding a feeling of mystery on how they produce their sound), these British women were convinced that electronic music was the sound of the future. After all, many of the first computer coders were women, as it was considered barely a step above typing, but then as coding became more valued, it became seen more as a “male” role.

“Outspoken gay feminist” Pauline Olivernos felt wildly ahead of her time; we see her and her friends even create sounds using bathtubs and cardboard tubes. There’s a real sense that electronic music is for everyone. Her article “And Don’t Call Them “Lady” Composers” is still a fascinating, angry read.
Enigmatic sound artist Maryanne Amacher’s house is packed full of wires and technology – “it was in breathtakingly bad condition” someone comments. An absolute rejection of the homemaker stereotype, she seems focused on nothing but the overwhelming noises she’s creating in her space.
Fearless, charismatic Suzanne Ciani explains, “I play the synthesizer in the same way somebody else would play the cello”. Teaming up with the female writer of The Incredible Shrinking Woman, she created its entire soundtrack. Ciani reminded me a lot of my mother – beaming over a keyboard, charming everyone within a mile’s radius with sound.

Whether it was creating compositions for “helping people”, or making listeners experience an altered state through strange frequencies, Sisters with Transistors makes for some great playlist inspiration. Even if electronic music isn’t your cup of tea, the technology, equipment and processes used are amazing to behold. It’s impossible to cram in everything about these ten composers into one film, and it’s similarly difficult to fit everything into just one review.
Whether you’re interested in technology, feminism or electro (or even none of the above), Sisters with Transistors is a must-watch addition to music history. You’ll be desperate to stroke a synth afterwards.

clip from Forbidden Planet (1956)
– reveal of the monster from the Id.
Score composed by Bebe and Louis Barro