Posted on June 1, 2020 by reelsteelcinema 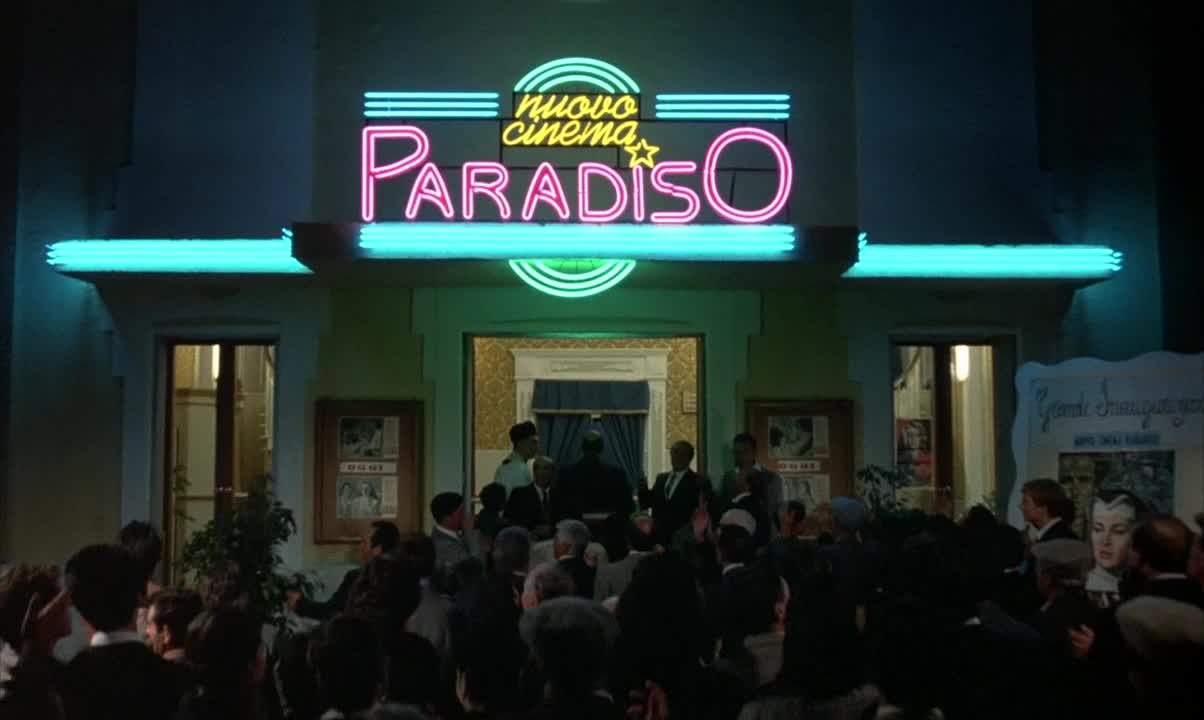 “The old movie business is just a memory”, a line which summates so much feeling through nostalgia, perfectly capturing the essence of this film. The old movie business may indeed just be a memory now, but it is here that its power lives on, and its legacy and impact will never be forgotten.

Released over three decades ago, cinema has changed profoundly since this time, but the power of the cinematic remains true.
A story following the life of a now renowned filmmaker, Toto, as a message to return to his hometown sparks the memories of his upbringing both in and around his beloved Cinema Paradiso. It’s a timeless tale of childish naivete and young love, between him and cinema. It’s a perfect foundation to explore cinema’s glittering lure.

There is something uniquely wonderful about films that capture this unique love of cinema. Perhaps, this is because it is a rare display of genuine appreciation for the art form of the cinema itself, or, more likely, it is because those that appreciate film with the same youthful infatuation that Toto has for the projection room, sometimes need nothing more than two hours of cinematic self-indulgence.

From writer and director Giuseppe Tornatore, it is clear this was crafted by a loving hand; there is scene after scene of people gathering, laughing, cheering, and celebrating the sheer potential of the big screen. People brought together into a dark room to share in its emotions, cinema is a truly unique experience and this champions it like no other.

There are consistent low-angle shots of Toto, as he is transfixed by the screen; the projectors beam of light above him, Tornatore creates a mythic feeling. In conjunction, Ennio Morricone provided an angelic score, a soundtrack to cinema itself, and one of his absolute finest pieces in a career of consistent greats.

There is a lesson Toto learns in his young life, that sometimes you need to step away from something to truly appreciate it, as hard as that may be. We may all take the cinema for granted, after all, it has always been there and through works like this, it always will be. But like Toto, when you take a step back things become clear, and through his eyes, through the lens of Tornatore, we see that cinema should never be taken for granted, because its effects both on the personal and on the public can never be fully understood, though Cinema Paradiso is the best understanding of why we will always go to the cinema.