Posted on October 28, 2019 by reelsteelcinema 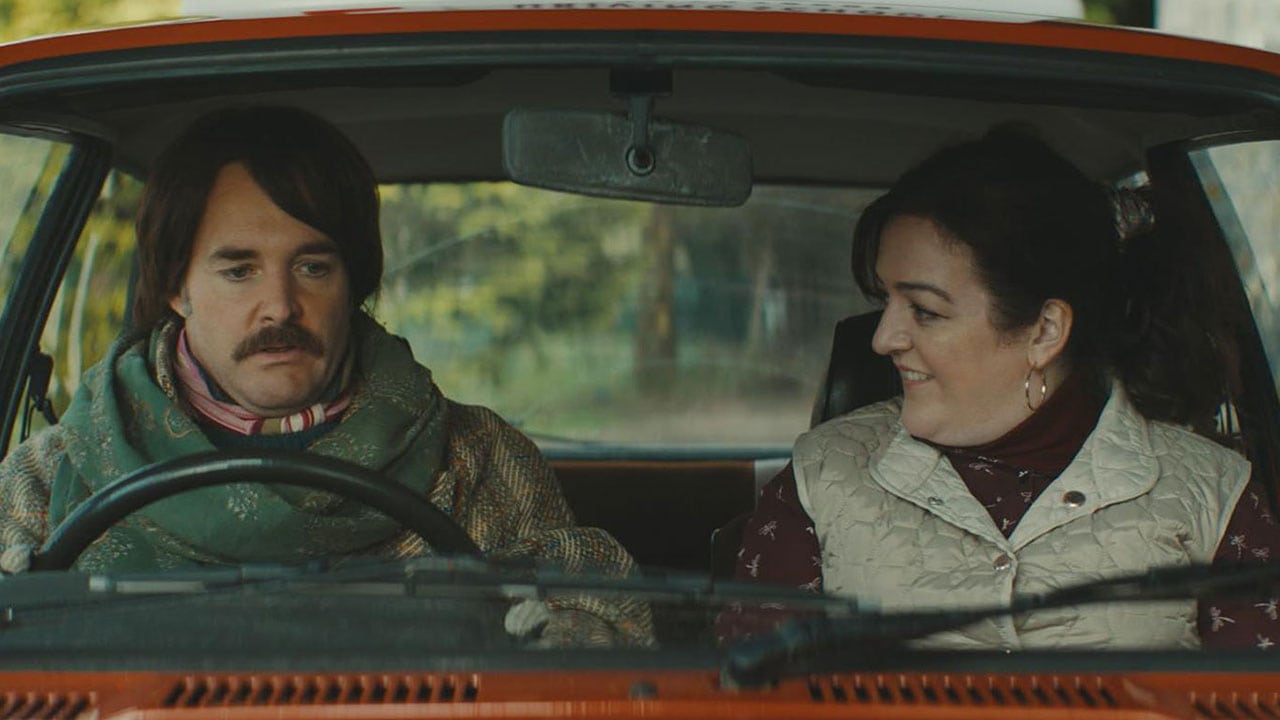 Rose (Maeve Higgins) is a driving instructor with an extraordinary talent: she can communicate with the dead. A kind widower named Martin (Barry Ward) tries to enlist her help when unexplained supernatural forces possess his teenage daughter, but Rose is reluctant to use her gift because of a family tragedy involving her late father, a dog and a puddle.
If you are trying to make sense of the last sentence, don’t bother. Just go and see this film.

Extra Ordinary has all the cosiness and warmth of a cup of tea or a knitted jumper, which is perhaps the opposite effect one expects from a film about unquiet spirits and satanic rituals, and yet, this wholesome horror comedy hits all the right notes.
Mike Ahern and Enda Loughman’s first feature bears the surrealist quality of The League of Gentleman, only without the creeping sense of unease. The ghosts in this film are belligerent, but in a local, domestic sort of way; they agitate, but they are not harbingers of doom. Even the film’s antagonist (Will Forte) is a camp, pantomime villain, complete with a spooky castle and a cape.

Consistently funny, confidently silly yet surprisingly tender, Extra Ordinary shows a softer side to the things that go bump in the night.