Color Out of Space

Posted on October 26, 2019 by reelsteelcinema 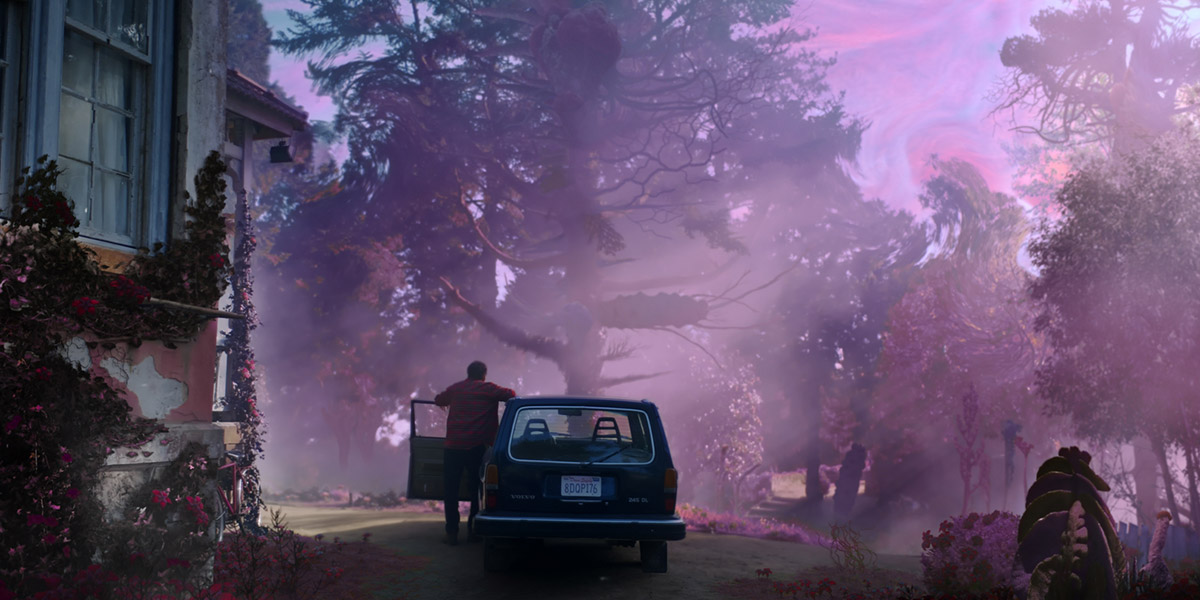 Adapted from the H.P. Lovecraft short story by cult director Richard Stanley, Color Out of Space is a stunning spectacle of cosmic body horror that perfectly captures the fear of the unknown we have come to associate with the Lovecraftian subgenre.

Set in the fictional town of Arkham, Massachusetts (affectionately known as ‘Lovecraft country’ by readers), the film centres around the Gardner family, whose quiet lives are thrown into disarray when a meteorite crashes on their farm and melts into the earth, with devastating effects on the surrounding flora and fauna. Vegetation sours, the alpacas become spooked and unidentifiable flowers bloom around the garden well, from which Jack – the youngest of the Gardner siblings – hears strange voices.
What’s more, the eerie purplish light that emanates from the remains of the meteorite seems to alter the DNA of anyone who get too close.

Nicolas Cage is thoroughly entertaining as Nathan, the zany father whose efforts to protect his family become increasingly unhinged as the plot progresses. Several appearances of the famed ‘Cage Rage’ are a welcome reprieve from the unrelentingly gross imagery and his over-the-top line delivery recalls the highlights of his performance in Vampire’s Kiss.

Richard Stanley succeeds in updating Lovecraft’s story for the 21st century by bringing ecological anxieties to the forefront.
Theresa (Joely Richardson) has cancer, which is why the Gardners swap life in the city for a rural homestead. Ironically, the decision to uproot their family in search of a less toxic way of life only brings them closer to dangerous radiation. Theresa’s recovery – along with Nathan’s dream of self-sufficient living – is thwarted by the arrival of the mysterious meteorite, and no amount of spell-casting from their daughter Lavinia (Madeleine Arthur) can protect them.
Furthermore, the film is narrated by Ward (Elliot Knight), a hydrologist who tries to warn the Gardners and their stoned squatter-neighbour Ezra (Tommy Chong) about the contaminated water supply and, in doing so, becomes embroiled in the ensuing chaos.

From start to finish, Color Out of Space is an EcoGothic nightmare that makes proficient use of psychedelic visuals, grotesque special effects and a synth-driven score to emphasise the weirdness of the source material.
A triumphant return from director Richard Stanley.

From the producers of Mandy.