Posted on October 11, 2019 by reelsteelcinema 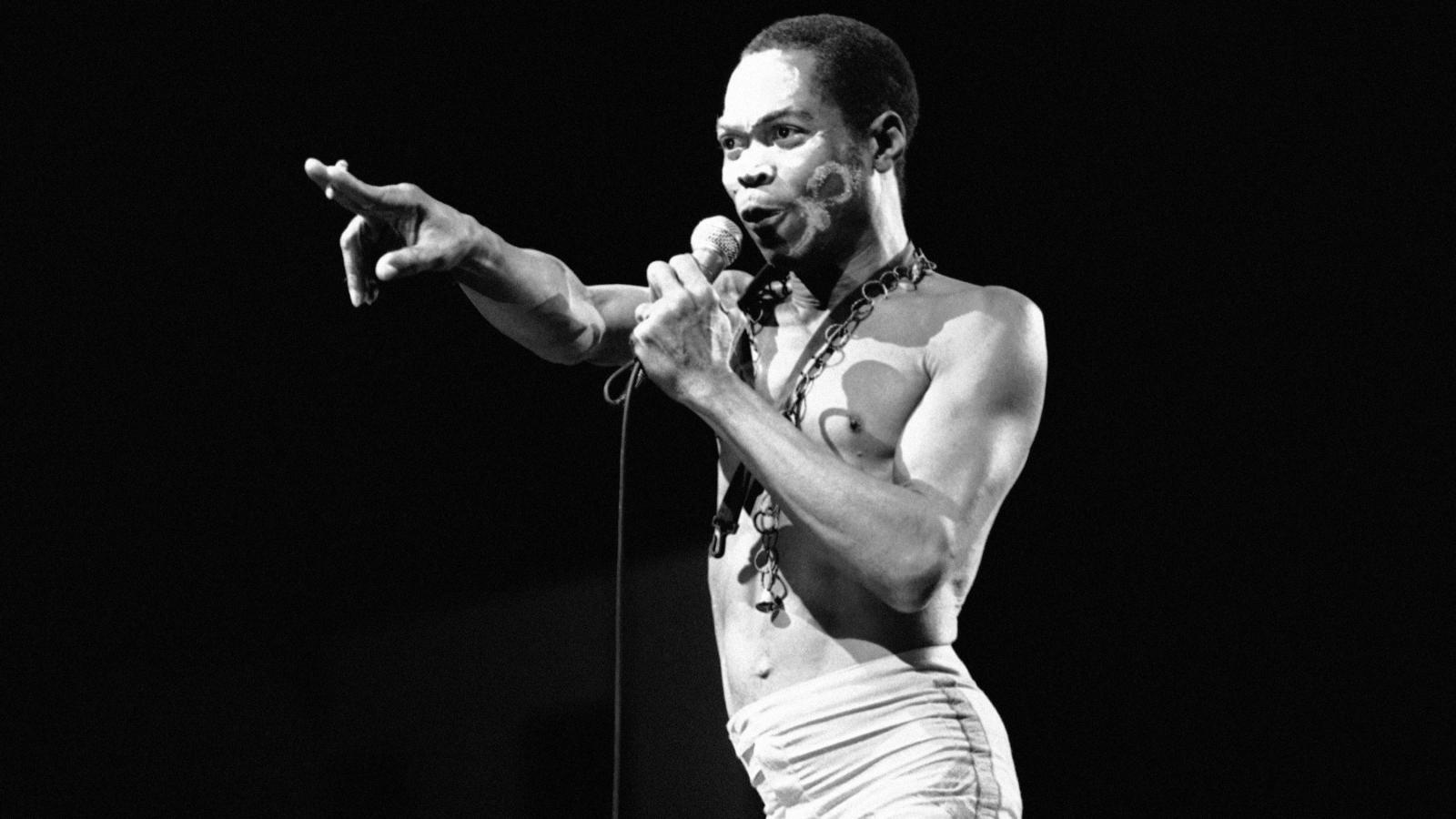 My Friend Fela, the new documentary from Brazilian filmmaker Joel Zito Araújo, is an admirable look at the hugely influential and celebrated human rights activist and musical pioneer Fela Kuti.
Kuti was instrumental in challenging the colonialism prevalent in Africa in the 70s, becoming a highly respected figure in revolutionary anti-fascism and anti-racism politics. He was also creator of a whole new musical genre and movement known as Afrobeat, using his music to decry systemic racism, becoming a high-value target for those he spoke out against.

As far as the music goes, some of the live footage here is amazing. Kinetic and exciting, it shows Kuti and his band, the Africa ‘70, at their crowd-charming and socially conscious prime, delivering stark messages about disparity and cruelty with infectious grooves that hammer them home, moving from the brain to the heart to the hips. Kuti as a musician was an incredible force, and though the documentary prefers to focus more on the activism and political strife Kuti was always involved in, it does offer a small peek at the impact he had as an artist as much as a revolutionary figurehead.

The film has some very intimate and revealing moments; we are guided onscreen by Carlos Moore, a friend of Kuti’s and a social scientist who – far from being a passive documentarian – occasionally gives quite pointed or poignant insight into how it was to simply know Kuti, to have him as a friend and ally. The fact that Kuti could be as cruel as he was gifted – showing an occasional violent streak even towards his wives – is mostly glossed over in what feels like an effort not to look too deeply at the personal life of a man who is presented throughout as more of an icon than a human being.

It is only truly during a fascinating interview with Sandra Izsadore (Kuti’s lover and by all accounts the woman who opened his eyes to a new way of thinking about Africa and blackness), that we get a sense of Kuti the man rather than Kuti the icon. She speaks movingly of meeting him and schooling him on black history, shaping his political mind and entering into a relationship she still cherishes in her heart. Izsadore is a funny and intelligent interviewee, and the time spent with her more or less primarily does the work in painting a fuller picture of the many aspects of Kuti’s life.

Although My Friend Fela does a fine job of acting as an introduction to the complex, multi-faceted man Kuti was, it feels somewhat unfocused and ultimately constrained due to the limits of the ninety minute feature film format. There’s so much to delve into here that it feels as though a three or four hour miniseries would be better to delve into such an eventful, strange and frequently volatile life.

Big fans of Kuti will perhaps find nothing new here, but if you’ve never heard of him before, it’s a good primer on who the man was and why he was important, and once it’s over it may inspire you to go off and look more deeply into his politics, his excellent musical career and his overall legacy.