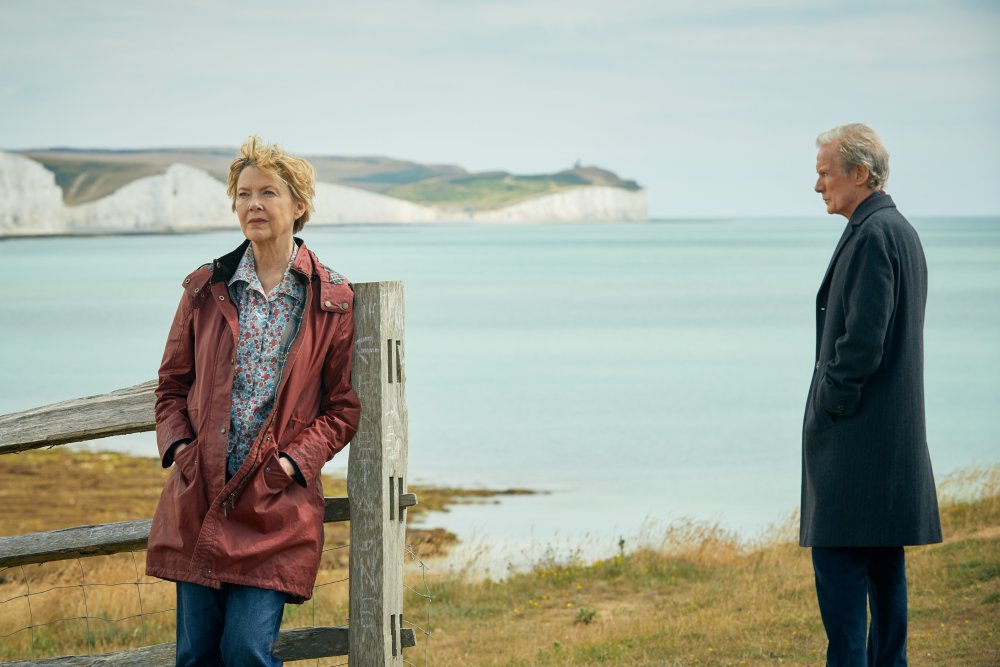 Everybody loves some onscreen familial imbroglio — especially when that involves Bill Nighy as a reticent history savant who likes correcting Wikipedia pages in his spare time.
There’s something quite sadistic in garnering entertainment from a tale of marital unhappiness, and yet films portraying domestic spoliation never cease to have a certain magnetism, no matter how many times the subject is redressed for the cinema.

Hope Gap is a cove under the cliff in the seaside town of Seaford, where poetry editor Grace (Annette Bening) and her history teacher husband Edward (Nighy) live a contented existence of long walks and large quantities of tea. When Edward invites their son Jamie (Josh O’Connor) to come home for a weekend, the comfortable veneer of their nearly 29-year marriage starts to shatter before them, as Edward decides he’s had enough of Grace’s bellicose ways and decides to leave her for another woman.

This happens remarkably early in the film, following what is perhaps the standout scene when Edward confesses to Grace how joyless the marriage is for him as well as his intentions to move on with his life, albeit in his own reserved but matter-of-fact way. His approach appears detached and callous on the surface, but actually shows a great deal of compassion and empathy as he never deviates from his consideration for Grace’s past, present and future wellbeing.

What ensues is an understandable muddle of emotions, yet how this tangled up in semantic knots becomes alienating rather than compelling.
Divorce is agonising and Hope Gap makes some attempt to articulate how wives often fare far worse than their husbands, but the ‘woman scorned’ trope is tired enough without Bening’s unconvincing British accent straining to consistently convey any discernible vehemence. Grace’s short monologue about how “you can’t invent a private reality” momentarily delves into the profound before it is quickly submerged by its own bloviation.

If this sounds like common territory, that’s because it is.
Tensions brewing: check.
Pent up feelings of inadequacy: check.
History and life experience used as an excuse to cloak years of silent misery: check.
There are other ways to write a narrative about elderly couples and love that don’t involve one leaving the other or being unfaithful or both, and sadly not even two stalwart actors like Bening and Nighy could keep Hope Gap on the right side of cliche.