Posted on June 8, 2019 by reelsteelcinema 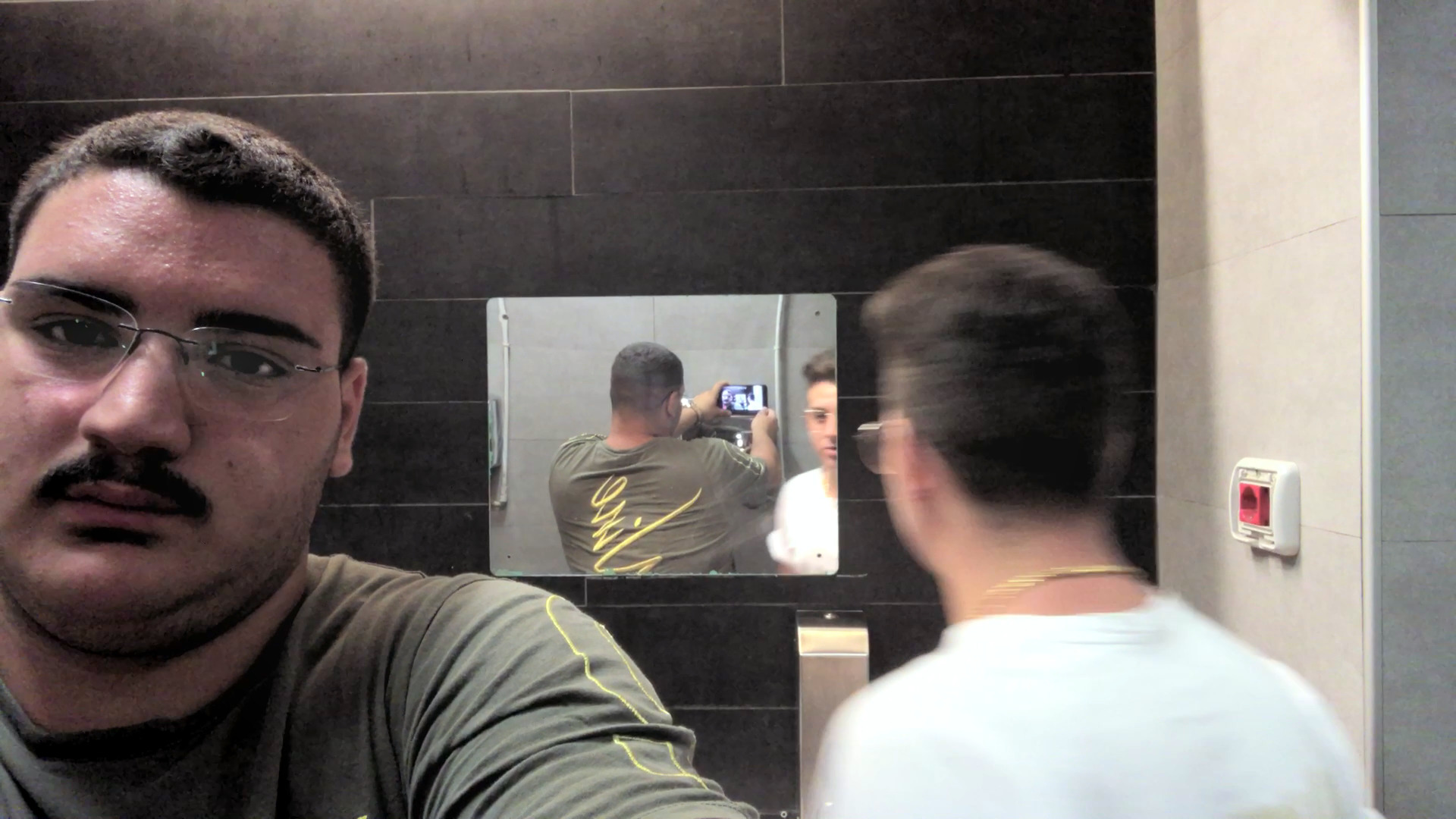 The ‘film within a film’ method of movie making, where the story is portrayed through the lens of a mobile phone camera as an eyewitness account, is at risk of becoming hackneyed. It does however, lend itself well (and make a lot of sense) to documentaries, especially in the drama/crime genre.

Agostino Ferrente’s Selfie, as the name suggests, employs the front-facing phone camera to chronicle the lives of two young men, Pietro and Alessandro, as they navigate and socialise in their rough Neapolitan neighbourhood of Rione Traiano. The smart but timid Pietro wants to be a barber but suffers from a painful sense of ennui in his struggle to find work, whereas buoyant best friend Alessandro gets by on his wages from working in a bar and lets Pietro cut his hair (but not without a few jabs and quips). The boys are grieving: one of their friends, Davide, was shot and killed by a policeman, and the incident has been distorted by the media to favour the officer responsible.

This is where Selfie’s more personal approach to capturing footage is most effective. By weaving together these moments of visceral confidentiality, the film reveals the lived realities that tourism promotional material purposely ignores; Rione Traiano is Camorra territory, where crime is commonplace and many of the local boys fall into ‘pushing’ drugs as a source of income. Pietro and Alessandro’s friend Checco, for example, did this briefly but chose a different path (and, luckily, came out unscathed). Another notes that those involved in the drug trade have two enemies: the police, and the competition. The latter are the real threat, he says, as they will show no hesitation in their bellicose attempts at governance.

The bitterness and heartache of losing a friend, combined with the ever-present gang intimidation, manifests itself in the friends’ approach to filming the documentary itself. The musing “a documentary doesn’t only show the good stuff” encapsulates this perfectly. Pietro and Alessandro have insecurities and personal struggles – such as Pietro’s overeating as a coping mechanism for his grief, and Alessandro’s jealousy of his buddy’s moustache – but their offerings of support in their times of need is the real backbone to this artistic endeavour. Their willingness to show vulnerability, genuine and uncompromising, counteracts the hypermasculinity and lawlessness lurking at every street corner.

Details and tickets for screenings of Selfie at Sheffield Doc/Fest are available here: