Posted on March 1, 2019 by reelsteelcinema 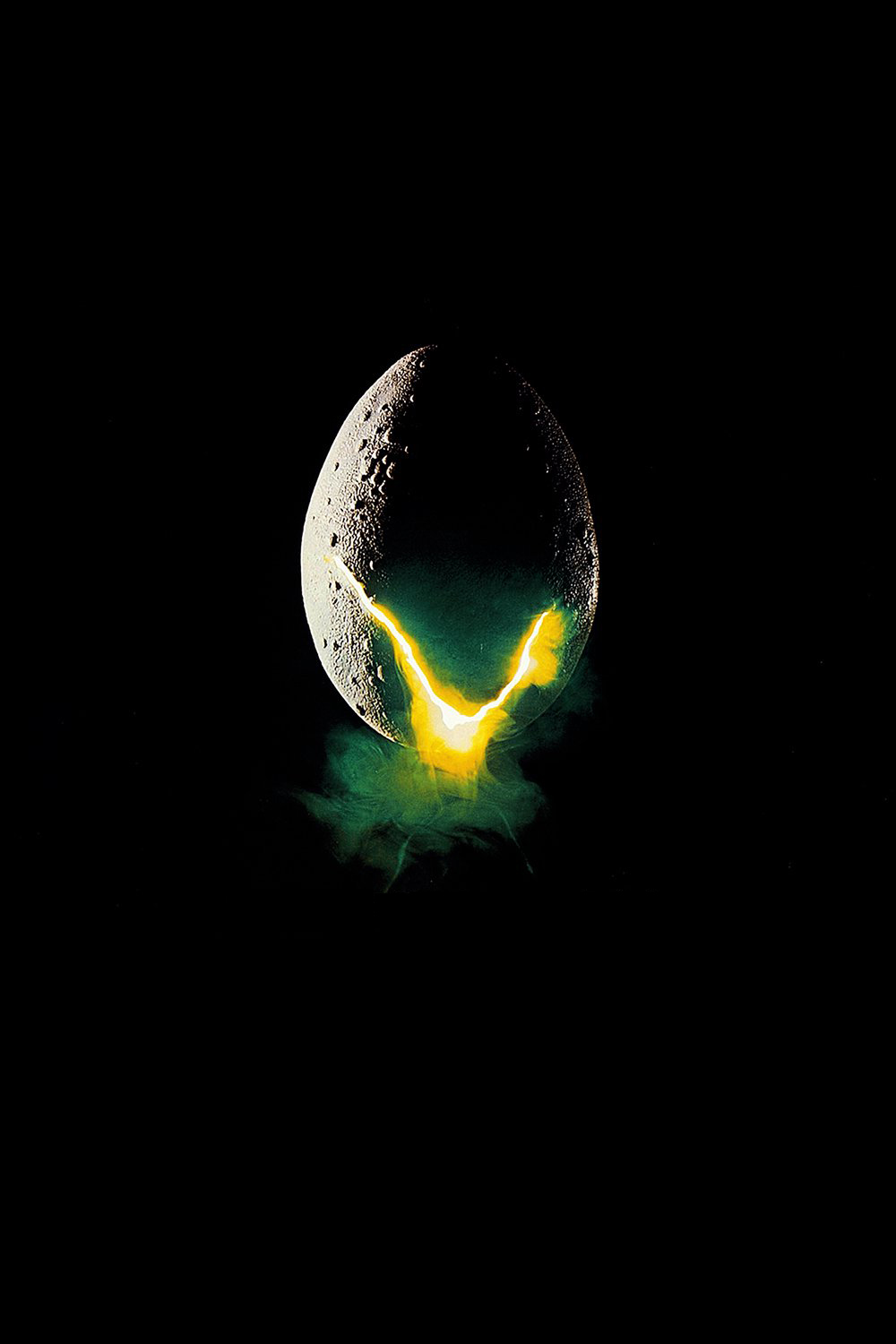 Living as we do in the year 2019, it’s difficult to imagine the sheer force Alien must have had upon audiences when it was released back in 1979.
Coming seemingly from nowhere, as though sprung from one of its titular creature’s eggs, the film has had such a cultural impact since then that it’s easy to live in a state of ignorance, unaware of just how much singular influence this innocuous little “intergalactic haunted house thriller set inside a spaceship” (to quote Roger Ebert) has had on science fiction, horror movies, and popular culture in general.

What’s especially impressive is that it came not long after the sci-fi juggernaut that is Star Wars had just exploded onto the scene. Released just two years previously in 1977, Star Wars (A New Hope) was a bright, family-friendly affirmation of science fiction’s power to inspire wonder, and create a sense of huge scope and adventure.
Alien, while being as much a sci-fi film (insofar as it too is concerned with the usual genre trappings of space travel and yes, extraterrestrial life) went totally the opposite way. It’s dark, claustrophobic, bloody, and thick with scary, ominous atmosphere as opposed to flash and spectacle.

Alien’s real winning stroke lies in its stripped-back simplicity. It doesn’t waste any time and feels perfectly paced, with a simple plot which just nicely sets up the horror to come.
The crew of a mining vessel, ‘the Nostromo’ (owned by the shadowy Weyland-Yutani corporation), find what appears to be a distress signal; they investigate and unwittingly bring a very nasty alien life-form back onboard; people start dying and Sigourney Weaver’s badass warrant officer, Ellen Ripley, faces off against the creature while attempting to escape the ship.

That’s it – no branching subplots; no grand, operatic mythos. The film takes just enough time to build tension and mount a sense of dread that – at least for the first twenty minutes or so – it perhaps qualifies as something of a slow burn. However, this shouldn’t be confused with heel-dragging. The film steadily ramps up the feeling of being adrift in space, trapped and eventually hunted by something utterly without mercy. To again analogise it in terms of its titular creature, Alien is lean and fierce and isn’t f*cking around.

Of course, this isn’t to say that it’s devoid of atmosphere or style. In fact the opposite is true. Whereas sci-fi of the time was focused on making the future look futuristic, with a uniformly shiny aesthetic, imagining a world of tomorrow filled with gleaming robots and high-tech spacecraft, Alien’s vision of the future looks and feels much dirtier and oilier; more grounded and blue-collar. The Nostromo is an old, creaking hulk of a vessel, not at all some sleek starship, with a decidedly low-tech aesthetic. Simple, blocky computers beep and hum; pipes noisily belch steam; the place feels authentically lived-in and functional.

And as we all know, the Alien itself is one of the creepiest and most iconic creature designs of all time – although today it may be a little obvious in certain shots that, yeah, it’s a guy (Bolaji Badejo) in a suit, director Ridley Scott still uses shadow and reserved, teasing editing tricks to present the Alien in a palpably threatening and unsettling way. We’re never really allowed a good, clear look at it until the film’s final scenes, heightening the disorientation and terror that Ripley and the crew would be feeling and putting us right there with them.

Swiss surrealist HR Giger designed the Alien as a kind of overtly sexualised threat, with its deadly phallic tongue/second mouth and sleek, almost feminine body, and of course the infamous ‘Chestburster scene’ makes almost explicit the theme of forced pregnancy and birth which would go on to manifest itself even more in the sequels. Looking like a slick, oily cross-breed of the mechanical and the organic, the Alien is an enduringly fascinating thing just to look at, and be afraid of.

Alien wouldn’t be half the film it is without a compelling protagonist to root for, though. Although nowadays Weaver’s Ellen Ripley is so synonymous with the franchise that it seems a given that it was always going to be her as the film’s ‘final girl’ (to draw a parallel between Alien and slasher movie convention), what’s interesting when watching the film back now is how it doesn’t immediately, obviously cast her as such.
To audiences in ’79, it must have felt like any one of the crew could be its main ‘hero’, with Tom Skerritt’s captain Dallas a seeming red herring (his stoic, level-headed pragmatism marks him out as a classical masculine hero, a prime protagonist).
Ripley is more or less on the sidelines to begin with, gradually coming into her own and eventually proving through smarts and nerves of steel that she is as much a survivor as the Alien; a theme which is played on even more in the follow-up Aliens, where she makes the leap from ‘tough, capable survivor’ to ‘full blown action hero’.