Cult Corner: A Lizard in a Woman’s Skin

Posted on December 8, 2018 by reelsteelcinema 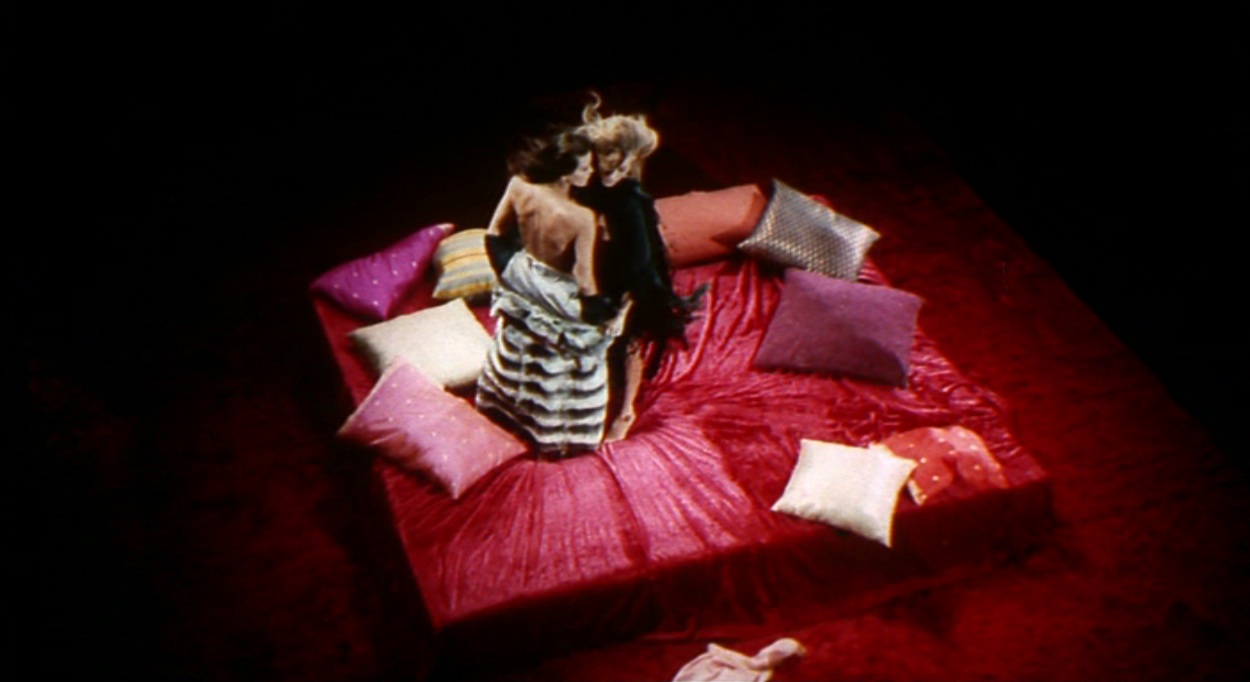 A little-seen entry in the filmography of Italian director Lucio Fulci (his better known films include The Beyond, Don’t Torture a Duckling and Zombi 2), A Lizard in a Woman’s Skin carries the classic giallo hallmarks of eroticised violence, women in trouble, melodramatic psychodrama and lots of dodgy dubbing. It operates on the level of a sleazy fever dream, only loosely tethered to the concept of logic, and fans of 70s euro-thriller weirdness will find plenty to enjoy.

The film’s plotting is comically overwrought and labyrinthine, but the essential setup revolves, as giallo films so often do, around the violent death of a woman.
Carol Hammond (Florinda Balkan) experiences a vivid dream of killing her neighbour, and finds upon waking that the woman in question has indeed been murdered. Carol’s life subsequently begins to fall apart in appropriately nightmarish fashion, and the film cedes several scenes to her psychotherapist (George Rigaud) for some vague analysis of her psyche’s dark undercurrents.
The story involves a pair of insane acid-head hippies and – infamously – a room full of vivisected dogs (more on this later), featuring some genuinely startling imagery and moments which carry a surreal slow-motion dread.

The script is entertainingly perplexing at points, and its dialogue made all the more unintentionally amusing by some very plummy English dubbing for its multinational cast (the film is set in London but features Italian, French, Argentinian and German actors). That said, a couple of actual Brits do appear; one of whom is Stanley Baker, of Zulu fame, apparently just picking up a paycheque as all working performers must.

The clash between the more natural-sounding audio of genuine UK actors and the silly comedy value of the RP dub work on the otherwise non-native English speakers only adds to the movie’s endearingly baffling tone. There are occasional confusing moments in which the dubbing is just thrown out altogether, and the film reverts to Italian with English subtitles, before dubbing is resumed once more.
The score by the immortal Ennio Morricone is comprised of fittingly schizoid funk – lurching and psychedelic, it often sounds like the soundtrack to a psychotic break.

Lizard’s main mark on underground cult film history has to be the aforementioned ‘dog scene’, which caused a legal furore upon the film’s release. The scene involves several dogs, still alive but split down the middle and wired up to machines in some bizarre medical experiment, their glistening organs on display.
While undeniably upsetting imagery, it’s also honestly impressive effects work from SFX legend Carlo Rambaldi, and at the time it was considered so convincing as to potentially be a case of genuine animal cruelty. Rambaldi had to present the dog models used in the film before a judicial court to prove no actual animals had been harmed. Personally, I’d argue that this is actually a compliment on Rambaldi’s craftsmanship, and the scene remains a very well-done example of the visceral gruesomeness that can be achieved with rubber, animatronics and fake blood.

By giallo standards, Lizard is actually fairly low-key, oscillating between its surreal horror/erotic thriller trappings and a more subdued realism, but this only makes it feel more off-kilter and unpredictable as a whole. It suffers from some laggy pacing, and its plotting is so bonkers it’s questionable as to what the hell is actually happening for much of the runtime, but ultimately the film stands as an entertaining oddity even in a filmography such as Fulci’s, which is full of oddities already.

← Must See Movies: December
Sorry To Bother You →