Posted on November 30, 2018 by reelsteelcinema 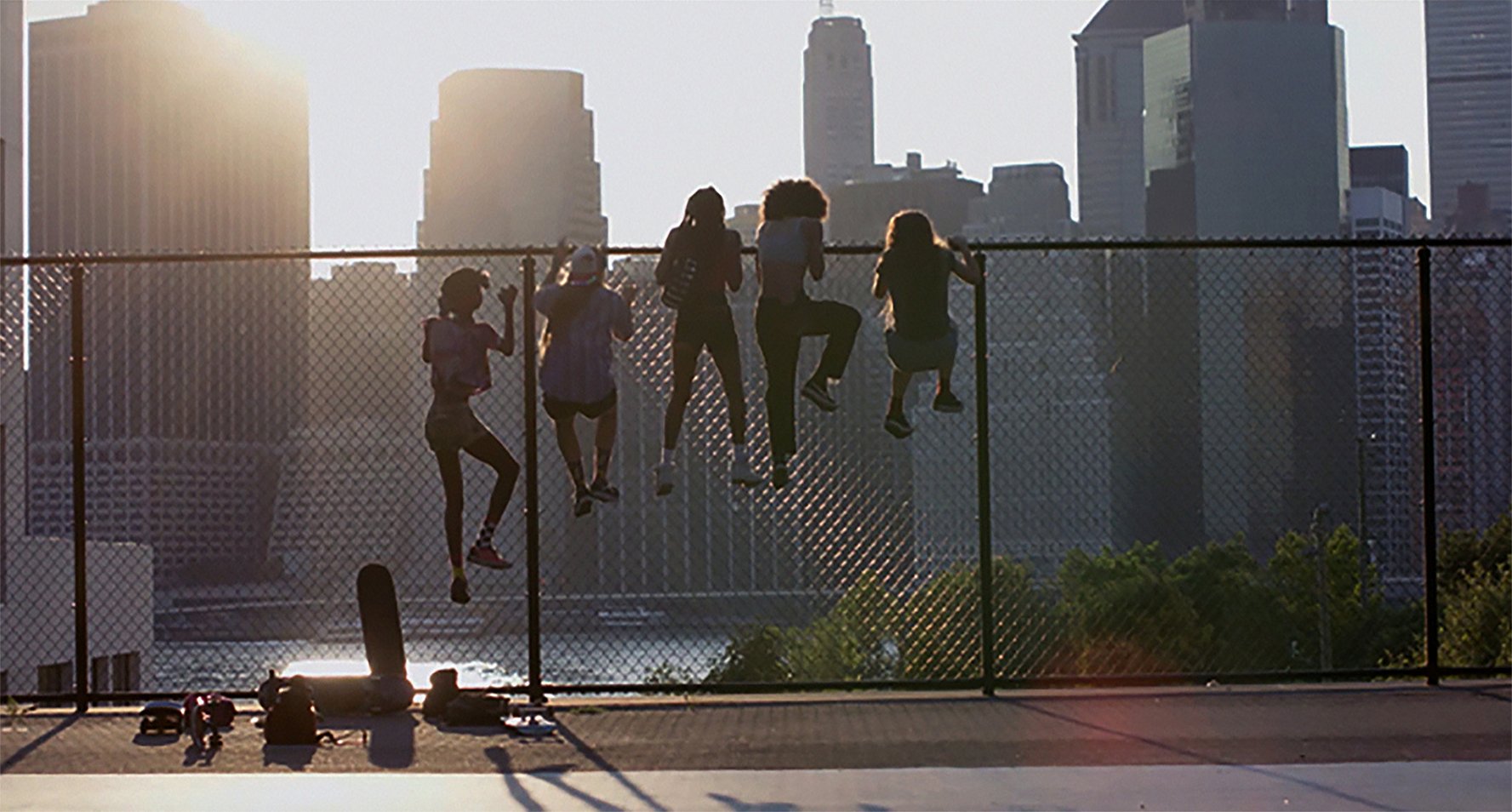 In the first narrative feature from Crystal Moselle, director of acclaimed documentary The Wolfpack, we follow the real life all-female skateboarding crew called Skate Kitchen, in an almost documentary-like look at youth, friendship and the sometimes misrepresented skateboarding culture.

A lonely suburban teenager stuck at home with her overprotective mother, Camille is glued to Skate Kitchen’s online posts, and eventually builds up the courage to go and meet the group – then she begins to roll with the crew, behind her mum’s back.
Camille’s life changes dramatically when she befriends the group of skateboarders, as she journeys deeper into the New York City subculture, she goes against her mother’s wishes but begins to understand the true meaning of friendship.

Like everyone going through their teenage years, she’s learning about herself and figuring things out, and the Skate Kitchen crew offers her a sense of place and a feeling of belonging – there are moments where these young women talk about sexism, tampons, “gaslighting”, and sexual preferences.
However Camille learns that friendships can be tricky, as she falls out with a member of the group when she develops a crush on her ex, and just as quickly as she joined the group she finds herself cast out.

Skate Kitchen is about relationships – with friends, family, and a first love.
It rides the dividing line between fiction and non-fiction through the real-life all female crew from which the film gets its title and cast. There’s joy and humour found through these interesting characters, at times feeling so natural, fluid and unscripted, it’s a testament to the director.

The soundtrack is a key element to this feature – the graceful and almost poetic shots of the crew effortlessly breezing through the streets of New York are accompanied perfectly by a mix of upbeat and evocative tracks.
There are dream-like sequences as we follow the skaters rolling through the city streets – all that matters is that they are together, feeling infinite.

Its naturalistic style feels like a documentary, through its dialogue and character interactions – it’s relatable yet distinctive.
Skate Kitchen is an authentic, gripping look at youth, female friendship and skateboarding culture, capturing the experience of women in male-dominated spaces, telling a coming-of-age story of a girl who learns the importance of friendship and self-discovery.