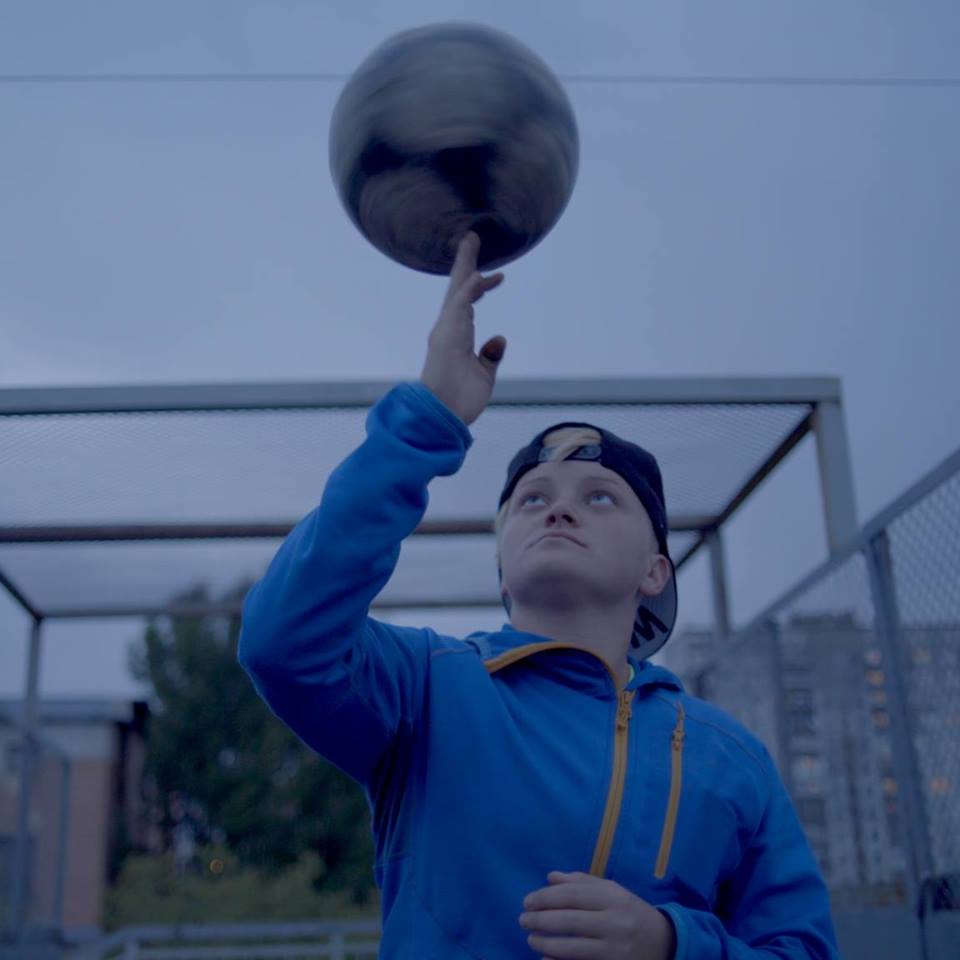 Home Games is the debut feature length documentary from director Alisa Kovalenko. In her film we follow the plight of Alina Shilova, a gifted footballer who is also living on the margins of society in Kiev, Ukraine. Kovalenko spent two years practically living with Alina and her family as they endured a traumatic series of events.

Alina, is one of the most talented women in Ukrainian football, and yet her talent is barely recognised. During her youth she was disguised as a boy so she could play in school tournaments and she continues to struggle into adulthood; to juggle her passion for the sport with the harsh reality of real life. Alina’s Mother doesn’t feature much at all in the film, and she has left Alina to care for her younger siblings Renat and Regina. They live with their Grandmother and the children’s lay about Father in a squalid one bedroom apartment in an old Soviet high-rise block.
When she isn’t training, Alina must provide for her dependents, working odd shifts delivering newspapers and battling against an ever rising mountain of debts in a desperate attempt to keep her family afloat.

Although the film is about football, the sport itself is almost the backdrop with the human story really driving the narrative forward. Football provides Alina with her escape, she is closed off emotionally from the world having also endured a disastrous childhood, and expresses herself on the pitch where she is physically combative and highly skilful.
These moments are bittersweet though, as Alina cannot devote enough time to her hobby to make a success of it. Her family always come first but at the detriment of her dreams. When tragedy strikes, she is forced to stop playing for a period and it looks unlikely that she will ever be able to fulfill her life’s goal of playing for the Ukrainian women’s team.

It’s in this moment however that the family rally together and decide to make the best of their situation and move forwards. There is a glimmer of hope for Alina and her family, experly captured by Kovalenko who shows us the warm and touching moments between Alina and her siblings, who even at the worst of times provide emotional and loving support for one another.
Home Games is a stark and effecting work of documentary filmmaking that opens its eye on a society without a voice and people struggling to survive in crippling destitution. An at times tender and delicate film that always has an emotional kick to the stomach lurking in the wings.

← Bruce Lee & The Outlaw
When The War Comes →