Posted on February 11, 2018 by reelsteelcinema 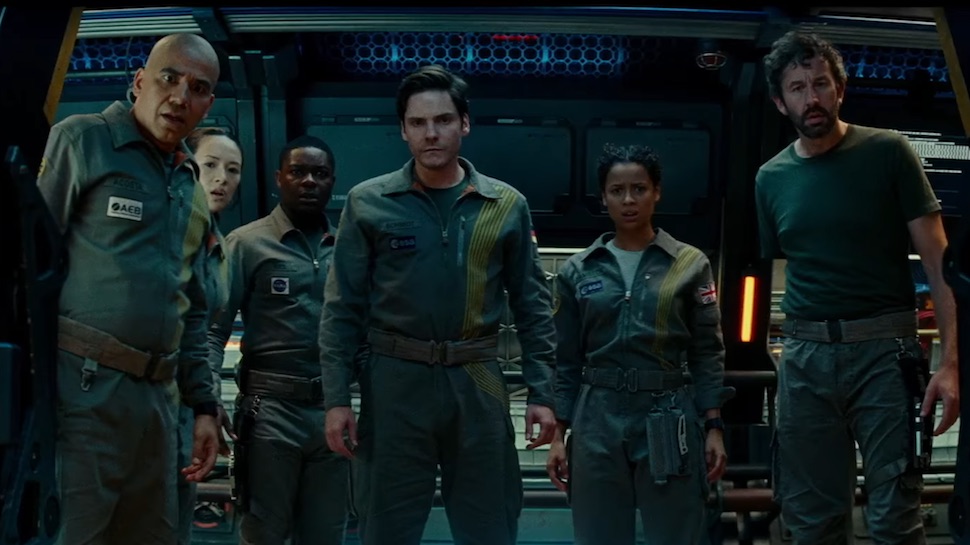 The Cloverfield franchise, as it seems appropriate to call it now, has been something of a mystery since its debut in 2008.
Director Matt Reeves and producer J.J. Abrams created the original Cloverfield as America’s own Godzilla. The film utilised Abrams concept of the “mystery box”, stories with more questions than answers. To do this they developed an extensive and cryptic viral marketing campaign – websites with riddles, emails between characters and audio files of redacted government documents flooded the web to build anticipation for the film’s release.

When Cloverfield did finally hit theatres the results were mixed, many audience members complained of feeling nauseous due to the filmmaking – the height of the handheld movie craze. It certainly brought a different level of grounded realism to the film, combining the massive blockbuster spectacle with the low budget camera work added to the tone set during the viral campaign. The results were quite unlike anything Hollywood had produced before, for good or ill.

Then, for the next eight years it went largely forgotten, with the exception of a dedicated cult following trying to decipher the universe Abrams and co. had created.
That was until 10 Cloverfield Lane was announced, a repurposed screenplay to continue the Cloverfield brand in a new and different way – a cinematic Twilight Zone of sorts. It was announced mere months before release in an attempted to build similar excitement in the unknown. The handheld filmmaking was dropped and a more star-studded cast was added. The Godzilla action was replaced with a tension filled character study – three characters trapped in a bunker while the world above has been destroyed.

The film was a step in the right direction; the results were a fascinating continuation to Cloverfield in an unexpected way. However, or perhaps appropriately, the film not only answered nothing but actively seems to go against the narrative of the first with seemingly no connections between the two. While the film worked on its own merits, as a brand Cloverfield had little steam. This combined with a shaky final act left the series in a questionable position.

Yet, last year it was announced that a screenplay titled “The God Particle” was being repurposed as a Cloverfield film, similar to what happened to 10 Cloverfield Lane before it. Then suddenly, without ceremony, The Cloverfield Paradox was dropped on Netflix at midnight following a short trailer played at the Superbowl.
This time it felt less like clever marketing, and more like a way to trick people into seeing it before word began to spread of the results.

The first two Cloverfield’s were flawed but engaging science-fiction tales, inventive and intriguing. This latest entry hopes to answer the questions of the original and tie together the franchise as a whole – but it doesn’t work.
The Cloverfield Paradox takes place off Earth and in a space station hoping to solve a previously unmentioned global resource shortage. It features severed limbs writing messages, alternate dimensions colliding, and worms bursting out of stomachs. It all sounds wonderfully insane, but manages to make it all so tedious. There is far too much exposition and it being a screenplay with Cloverfield shoehorned in really begins to show during the final act. It is something of a cross between last year’s Life and Event Horizon, but never matches either in entertainment.

Cloverfield is still a fun little non-franchise that continually surprises with differing results. But perhaps now is the time to finish this project – these screenplays would be better off without Cloverfield attached to them.