Posted on December 15, 2017 by reelsteelcinema 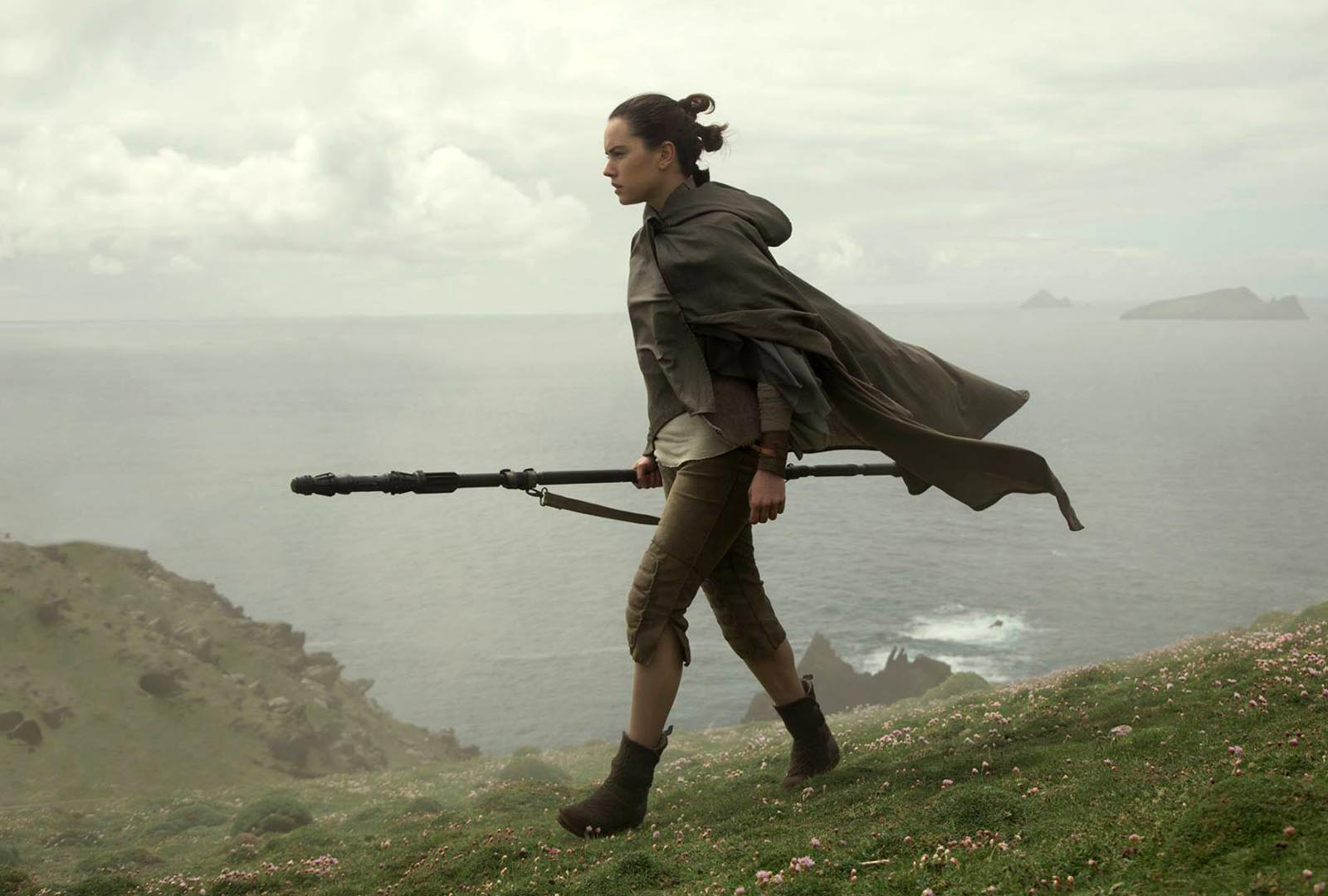 Star Wars matters, that much is true, and considering my emotive response to the franchise’s return in The Force Awakens two years ago (you can read that review here, if you like), it’s safe to say I’m fully invested. But if you’re not, you should be too.
Star Wars: The Last Jedi, the eighth entry in the sequential Star Wars cannon (9th when you add in Rogue One), is quite simply perfect, in every way.  It’s a blockbuster in every sense of the word, but it’s such a marvellous and grand-operatic continuation of George Lucas’ original work that it’s hard to get too peeved that the best film in 2017 is the film with possibly the biggest budget.

Rian Johnson takes over the reigns here from J.J Abrams whose re-introductory Force Awakens guided us all back into the Star Wars Universe with a gentle and knowing nod to films past. Johnson grabs that notion, and from the off dispenses with it entirely. There is nothing in The Last Jedi that feels old, or retrodden, it’s a wonderful film and story in its own right. Building off of a very solid initial platform Johnson twists and manipulates the character threads established in Force Awakens and interweaves events together in a pulse-racing dash across the galaxy.
Rey has finally found Luke Skywalker, and Finn, Poe and Kylo Ren all have missions of there own to complete. All of these threads run along side each other meticulously and we jump from each mini-adventure to the next until they all come to a perfectly pitched final conflict, where the characters finally collide. For a film at over two and a half hours long you don’t have much time for pause or reflection.

All of this however would be useless without the superb cast of acting talent at Johnson’s disposal and he does a very good job of bringing in the new stars with the old, Daisy Ridley’s scenes with Mark Hamill are particular stand outs. Carrie Fisher also gets much more screen time and really shines throughout. There’s too many to list in detail but everyone mentioned above has there moment to impress, with a slight favourite being Benicio Del Toro’s new character, but everyone is on fine form.

It’s hard not to worry when something so beloved across the world is passed into the hands of a new film-maker, but Disney deserve great credit with this film (as well as with Rogue One) for making the simple choice to hand the reigns of Star Wars over to people who grew up inspired by the original films, which Rian Johnson and Gareth Edwards both were. The franchise’s popularity and scale are unmatched, but one wrong move could bring the whole thing down. The Last Jedi offers up plenty for Star Wars purists, as well as taking the narrative to new places. It’s a moral tale that blurs the distinction between The Light and The Dark sides of The Force and takes an introspective look at its characters. It questions their actions and beliefs, and that of the wider geo-political universe in which this all exists. That in a nutshell is why they are adored, and will endure onward into Episode Nine, and hopefully… surely… beyond…

*There’s more we could and would like to say about this film, but as always we like to keep things spoiler free…