Posted on April 7, 2017 by reelsteelcinema 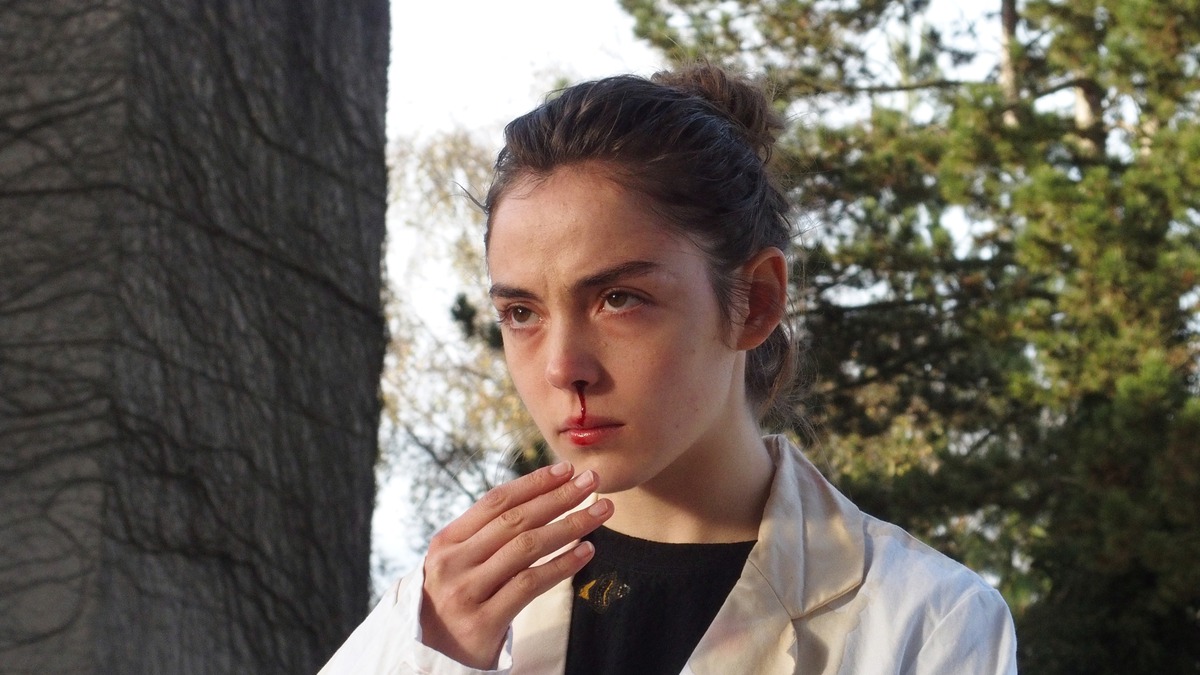 Raw by French filmmaker Julia Ducournau, her theatrical debut, is the latest addition to the cannibal sub-genre, while managing to remain entirely its own film. This is a visually striking work in both composition and content, a sort of merging of genre fiction and arthouse style. Ducournau, who also wrote the film, has delivered a true horror vision – stomach churning, disturbing and unsettling.

We follow a young girl, Justine (Garance Marrilier), a vegetarian on her first day of veterinary school. Soon she has to go through a series of ritualistic trials to be welcomed by the other students, one such trial – eating raw rabbit meat. Justine, much to her confusion and disgust, soon garners a taste for more.

The story of Justine’s cannibalistic self-discovery is the surface level of the film, as with all great horror’s, the narrative is there to explore deeper questions. Here, the film throws up the issues of exploring self, sexuality and place. Marrilier gives an exciting and engaging performance as Justine, managing to juggle the nuances of the story while making the more outlandish and consciously comedic moments believable.

The negatives of the film, while few, are note-worthy. For such a unique premise, it is rather predictable, with the more bizarre moments being thrown in to give a sense of uncertainty. Also, the theme of animal rights, something that should seem integral to the film is mentioned briefly and quickly forgotten. Seeing Justine come to terms with her desires vs her beliefs would have made for some fascinating philosophical questions but it is largely ignored.

However, that is not what the film was, and what is there is a refreshingly good piece of work in the horror genre. Ducournau is certainly a filmmaker to watch, Raw exudes promise and to see that potential blossom is just as exciting as the film we have now.

← Ghost In The Shell
Free Fire →