Rogue One: A Star Wars Story

Posted on December 15, 2016 by reelsteelcinema 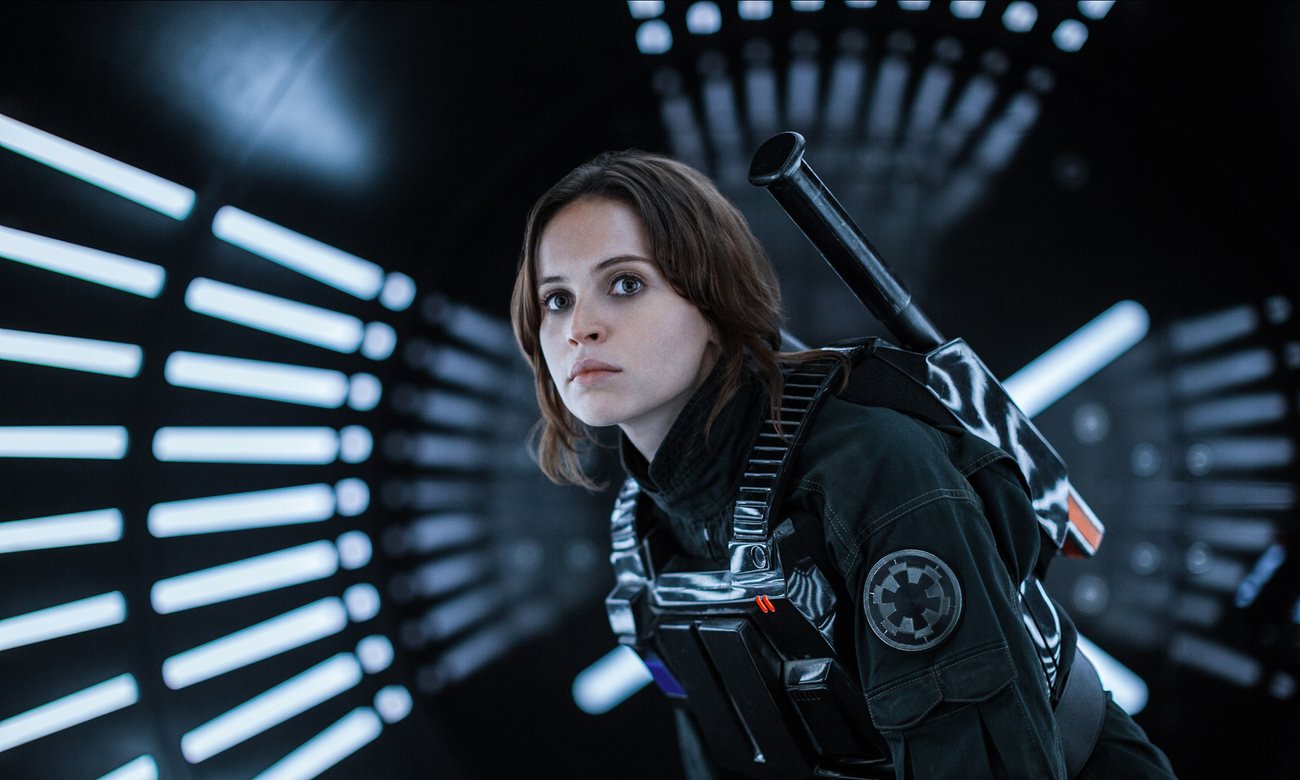 As the lights came back on at the end of the screening I attended, the rolling credits were greeted with thunderous applause, my small, nagging doubts about Disney’s stand-alone “anthology” series of movies dissipated.

It’s hard for an observer to understand what the fuss is about when seeing lifelong fans obsess over Disney’s every miniscule move with the franchise so let me put it into context: Imagine you’ve got a newborn child and you instantly have to hand it over to a complete stranger wearing fruity clothing and two giant mouse ears – “Please don’t drop my only child, flamboyant and sexually ambiguous stranger,” you might say, “their fragile, infant head could crack like eggshell if you were to drop them.”
Every small movement down to the fingertip is scrutinised for even the slightest hint of neglect.

This movie is the first to break from the traditional chapter-by-chapter narrative of the Star Wars saga and abandon the story of the Skywalker family, which in itself causes a hushed, panic-stricken “uh-oh” from the fan base. It focuses instead on the struggle of the Rebel Alliance to find information on the evil Galactic Empire’s new super-weapon capable of destroying entire planets in the days leading up to the events depicted in the first movie way back when in 1977.

As such, there are cameos that’ll make fans of the original movies squeal with delight and some appearances from beloved characters that weren’t gratuitously shoehorned in that actually play a pivotal role in the story’s direction. Peter Cushing’s wonderfully villainous Grand Moff Tarkin is brought back to life through the magic of motion capture technology and some absolutely spot-on voice work reminding us that not all evil comes in capes and masks. Having said all that, the old faces are used sparingly and in the right places, allowing the new additions such as the brilliant Felicity Jones’ Jyn Erso and Ben Mendelsohn’s petulant Director Krennic room enough to breathe and develop on their own in the traditional and organic storytelling that cemented Star Wars’ place in pop culture history in the first place.

Whilst it does get off to a meandering start flitting from this outpost-to that planet-to that moon, once it hits cruising altitude, Rogue One only gets better and better before finishing with an ending that will not only deeply satisfy but give fans what they feel like they’ve been waiting their whole lives for. This film’s primary mission seems to be fan service. Viewers who only joined in after last year’s Episode VII may be confused or bored due to a lack of anything to grab on to save the new characters and their plight which doesn’t take much effort to grasp. I would imagine the film’s speedy pace and breathtakingly shot action scenes would keep them seated nonetheless.

This is the prequel we’ve been waiting for and to those who’ve boycotted it because they cynically object to Disney’s ownership or because of some misguided political reason, all we have to say is: your loss.

And may the force be with you…