Posted on October 18, 2016 by reelsteelcinema 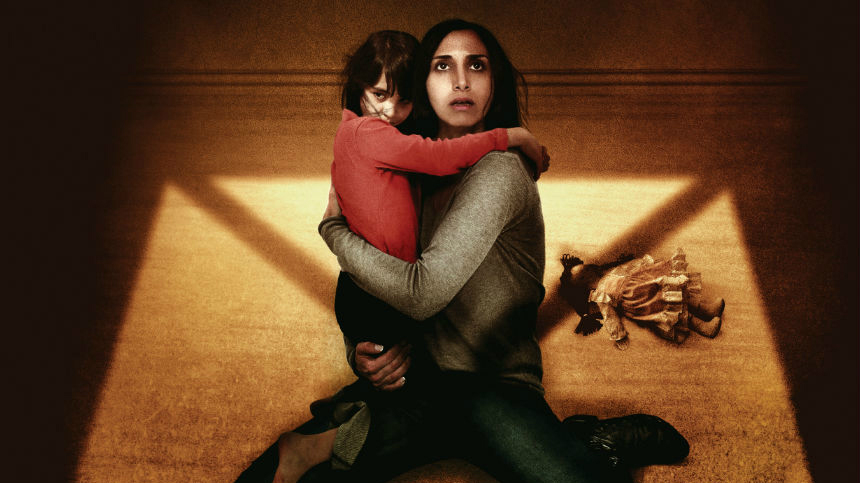 Let’s get this out of the way with right now, if there’s a screening of this film near you – see it. It’s unusual for me to enter a screening completely in the blind, as part of this field of work one would expect a bare amount of research, even understanding, of what you’re about to see. Yet, this time there was none, I went on the recommendation of others. This usually turns out to be underwhelming, the so called hype of others is usually excessive. On this occasion however, it was met and exceeded.

Iranian cinema has produced some exceptional film from recent memory and beyond, this was my first experience of the horror genre from that country. We follow a mother and daughter during the bombings on post-revolution Tehran in the 1980s, whom become increasingly horrified by the war and a mysterious presence in their home. This set up is a unique one to say the least, and has more in line with contemporary East-Asian cinema than it does of the West. It feeds from a different breed of the genre, the slow-burn, fast paced narrative that is exactly what horror should strive to be. What I mean by this is the actual scares of the film don’t come quickly, but rather build up over time, making each more disturbing than the last. When you finally arrive in the last act, you’ve crossed the line from drama into the supernatural without even realising it. Working in favour of this is the running time, clocking in at only 124 minutes; the journey is brief but completely unforgettable.

Coming from first time theatrical director, Babak Anvari, with only a handful of short films under his belt, the results are very exciting, building anticipation to see what he does in the future. He has shown a complete understanding of narrative tension and framing. Each scene is set up in a way that slowly eases you into a feeling of complete desolation and total loss. Over the course the film the feeling of isolation takes over and hopelessness prevails. This is all bolstered by the two main performances by Narges Rashidi and child actor Avin Manshadi, both of which feel completely raw and real.

What I would recommend is going into this without watching the trailers or doing little research, the less you know the better and the payoffs will be more fulfilling. With that said this cannot be recommended highly enough, horror should be a reflection of our own anxieties and the stresses the real world is enduring. This is one of the few horrors in recent years that has managed to execute this so well. It’s chilling, terrifying, entertaining and brilliant.
Don’t miss this one.

← The Girl On The Train
Inferno →