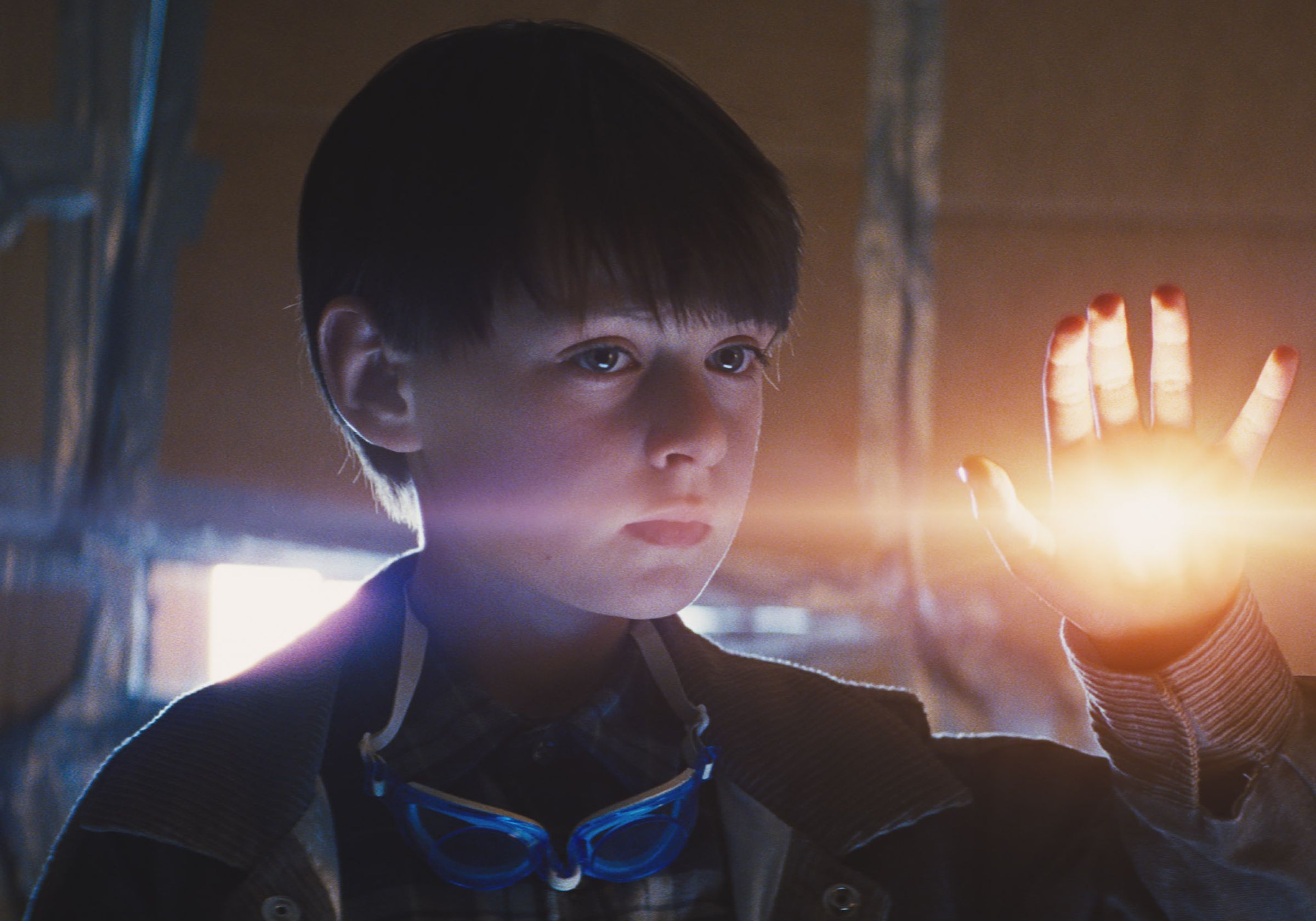 There will come a time I feel in the not too distant future in which Jeff Nichols could well be considered the most important filmmaker of his generation.  He is part of the first group of filmmakers who grew up watching Steven Spielberg’s blockbuster cinema and being directly influenced by it and while the likes of J.J. Abrams (Mission Impossible III, Star Trek, Star Trek Into Darkness, Star Wars: The Force Awakens), Gareth Edwards (Star Wars: Rogue One, Godzilla), Colin Trevorrow (Jurassic World) and Rian Johnson (Star Wars Episode VIII) have all been tempted to big studio projects of pre-existing properties, Nichols has remained  happy in his first four features to build an individual body of work that could well keep improving if his career progresses in the way it is currently doing so.

Midnight Special follows on from Nichols’ previous films in clearly being inspired by the works of Spielberg whilst still being deeply rooted in Nichols’ own rural Arkansan sensibility.  With the exception of the darkly brooding Shotgun Stories, you can see how the works of the master have seeped into Nichols’ storytelling; the slowly building mania of Michael Shannon’s character in Take Shelter recalls Roy Neary’s obsessive behavior patterns in Close Encounters Of The Third Kind whilst that joyously nostalgic ‘boy’s own’ mentality that so defined E.T: The Extra Terrestrial and the Spielberg produced The Goonies was served in a more world weary way in Mud, the bayou set crime drama starring Matthew McConaughey.  Both Close Encounters and E.T., as well as John Carpenter’s Star Man are clearly big influences here, as indeed is the relentless pursuit of Duel, and while I would not expect Nichols to be making big fish movies at any time in the near future (incidentally his next film, a drama about interracial marriage in the Deep South called Loving is already in the can), I would anticipate the less obvious side to Spielberg’s filmmaking remains a big part of a varied and interesting career.

What then of Midnight Special as a film.  It is a curious beast that creeps slowly up on you to deliver a knockout blow that left me particularly spellbound.  Nichols has resisted the temptation to up his filmography a notch by taking it to more glamourous locations.  Instead we remain resolutely amidst the motels and highways of Texas, Louisiana and Florida as this bizarre yet thoroughly engaging story plays out.  There is very little in the way of out and out special effects, the film still grounds itself firmly in its locations.  There are very few chases or shootouts, and I read into the film that Nichols is merely using the science fiction framework to make a film about the nature of parenthood.  From the very early scenes, in which the child at the centre, Alton Meyer, is seen in a motel room with his paranoid father Roy, their bond begins to grow as Roy’s urgency to protect his family from their pursuers mirrors a theme present in all Nichols’ work.  The film does have some special effects, most notably the trailered ‘powers’ possessed by Alton but if truth be told the most spectacular thing about the film is how imaginative it is in mundanity.  One big scene takes place in a field, between two characters, featuring only wildlife and a sunrise.  Rather than let the scene be about the spectacle, Nichols ensures that this scene is about two characters and their unfaltering devotion to one another in the quietest, least significant way possible.

This is just one of those rare films in which everything it touches turns to gold as the pieces fit together so beautifully to form a breathtaking narrative.  The film’s villains, if that is the right word for them, are very well constructed without taking the attention from the main focus of the film, but serving as natural drivers of the story.  It is a brave move to tackle a Scientologist like Church in a science fiction story and whilst they are not really given much screen time, save for a scene setting moment led by the quietly sinister Sam Shepard, their inclusion raises some genuinely interesting faith based questions that the film never feels the need to answer, and yet makes them feel ultimately necessary to the story.  Meanwhile the Governmental aspect of the film is led by Adam Driver, who makes for a much more nuanced character than I had ever expected, and who brings his strange charisma to a role that could so easily have been a cipher.  He has an amazing one on one scene with Alton that ranks with the films very best.

Midnight Special also deals very well with its action sequences, most of which revolve around cars.  Cinematographer Adam Stone, a regular collaborator of Nichols’ really does a great job of the mostly nighttime car chase sequences, and without his work the thriller aspect of the film probably would have struggled to work.  One sequence involves a gas station and genuinely left me slack-jawed with wonder at the bravery and technical brilliance of the team behind it.  Meanwhile another regular Nichols collaborator David Wingo, creates a score that has the overtures of John Williams and yet the synthesized stylings of Carpenter, whilst wisely eschewing the big showpiece theme for something that may not be as memorable as the most famous scores, yet for a film this singular works like a dream.

The leads are simply out of the park good.  There is clearly a wonderful understanding between Nichols and Michael Shannon, an extraordinary actor, in my mind the best working today, as their regular work together brings the very best out of Shannon.  Considering this is an actor who can bring gravitas to something as flimsy as Freeheld, when given a script and a character like Roy he can be truly exceptional.  He possesses that rare quality of being an utterly sympathetic and yet truly unhinged screen presence at the same time and whilst the film indicated that Roy is its hero, Shannon still imbues him with a sense of off-kilter menace that brings an unpredictable edge to proceedings.  The bond and understanding he forges with his young co-star, the equally brilliant Jaeden Lieberher, whose performance I think is the true driving force behind the film’s success, is impeccable and genuinely allows for his character’s natural progression and realization of the path events are taking is wonderful.  Meanwhile Kirsten Dunst gives a similarly motivated, if less drawn out portrayal of Alton’s mother, which is tear-jerking, whilst Joel Edgerton stands firmly out as the hulking beast of a man genuinely able to comprehend events around him.  This is the character I believe represents the audiences.

Midnight Special, in my mind, represents the true dawn of a major new talent in filmmaking, one that will remain for many years to come.  This film reminded me of early M. Night Shyamalan as well as Spielberg, all sharing an innate ability to get the best out of young actors.  Midnight Special is science fiction at its very best, it serves as a powerful allegory for it’s true topic, and at the same time is able to amaze and inspire wonderment in its audience.  A modern classic.