Posted on February 22, 2016 by reelsteelcinema 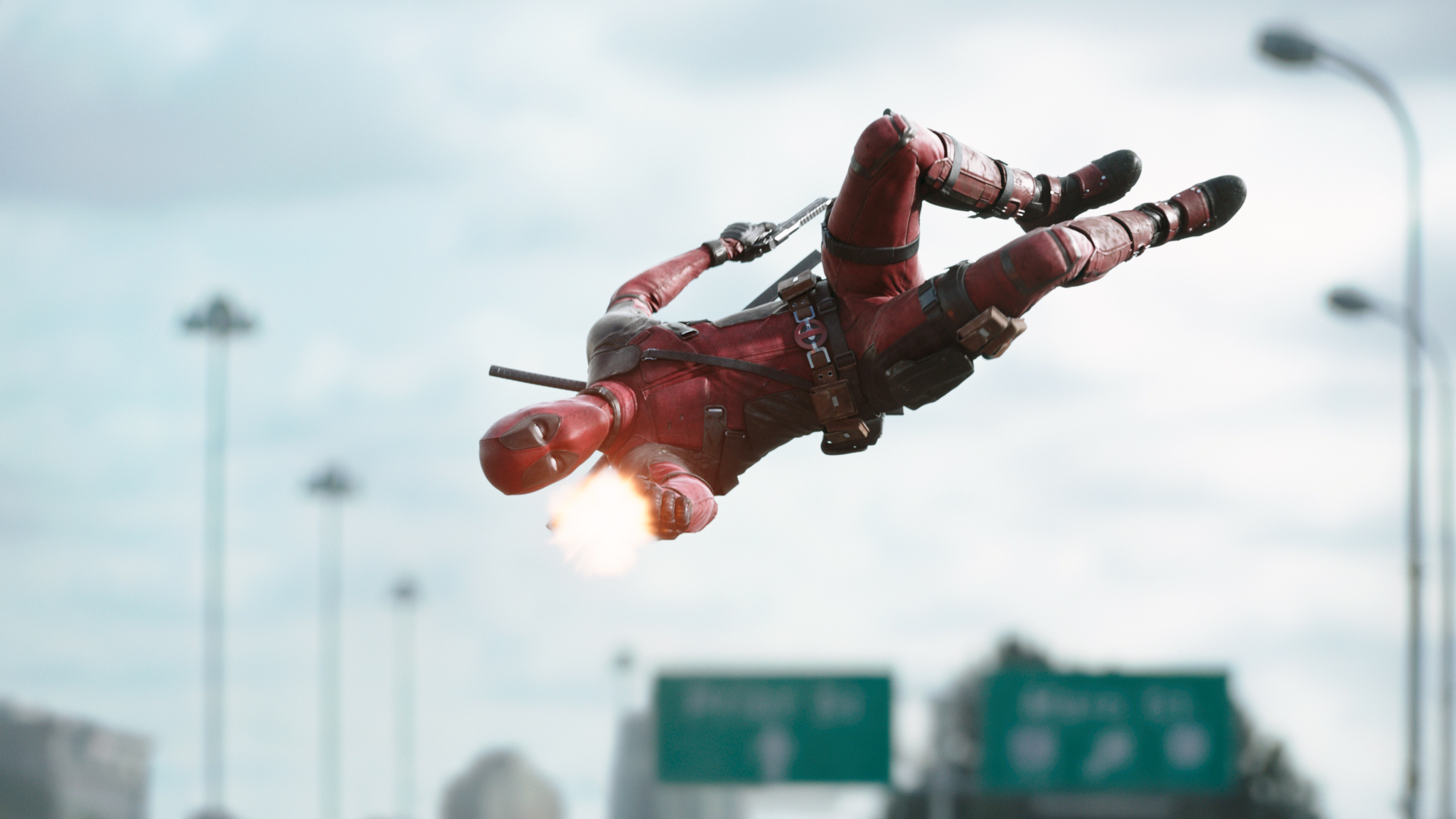 Deadpool breaks so many rules it’s basically rewritten the book, creating a whole new genre of comedy/action/superhero/spoof movie in the process. Taking over and improving on the craic we saw in Ant-Man, it is a completely unique, game-changing experience that is about as much fun you can possibly have at the cinema.

Deserving of the hype, it is incredibly funny. Tongue-in-cheek from the very beginning, even the opening credits unapologetically mock the Marvelverse, introducing the characters like “some moody teen” and “produced by some asshats”, for example. The jokes and ripostes are puerile in essence; a constant stream of crude innuendos about sex and dicks only missing a “yo momma” here or a “that’s what she said” there. But the script is written in such a way that, as a right-thinking member of society, your immediate reaction is not to recoil in embarrassment or contempt but to giggle, because – hallelujah – it’s a comedy that actually delivers what it promises.

This is almost entirely owed to Ryan Reynolds, who adds another tally to his ever-growing list of neurotic, slightly insane but jocular characters, finally proving himself to be both a strong leading man and a commendable action man (while tastefully poking fun at his stint as Green Lantern, which I doubt he’ll ever be forgiven for). On the back of Deadpool, Reynolds’ path to become the Robert Downey Jnr of the X-Men franchise is all but confirmed, as it becomes increasingly difficult to pin-point examples of genuine acting against Reynolds personal comical input.

Deadpool ticks some of the boxes so many comic book adaptations failed to trace because it isn’t insufferably long, it doesn’t rely on cataclysmic CGI attacks on entire cities, and is a refreshing alternative to the ‘bad person wants to end the world so we/I must stop them’ storylines coming out of Hollywood recently. It’s the perfect concoction of all the ingredients for a satisfying superhero film, all the while retaining an overtly smug attitude.