Posted on December 5, 2015 by reelsteelcinema 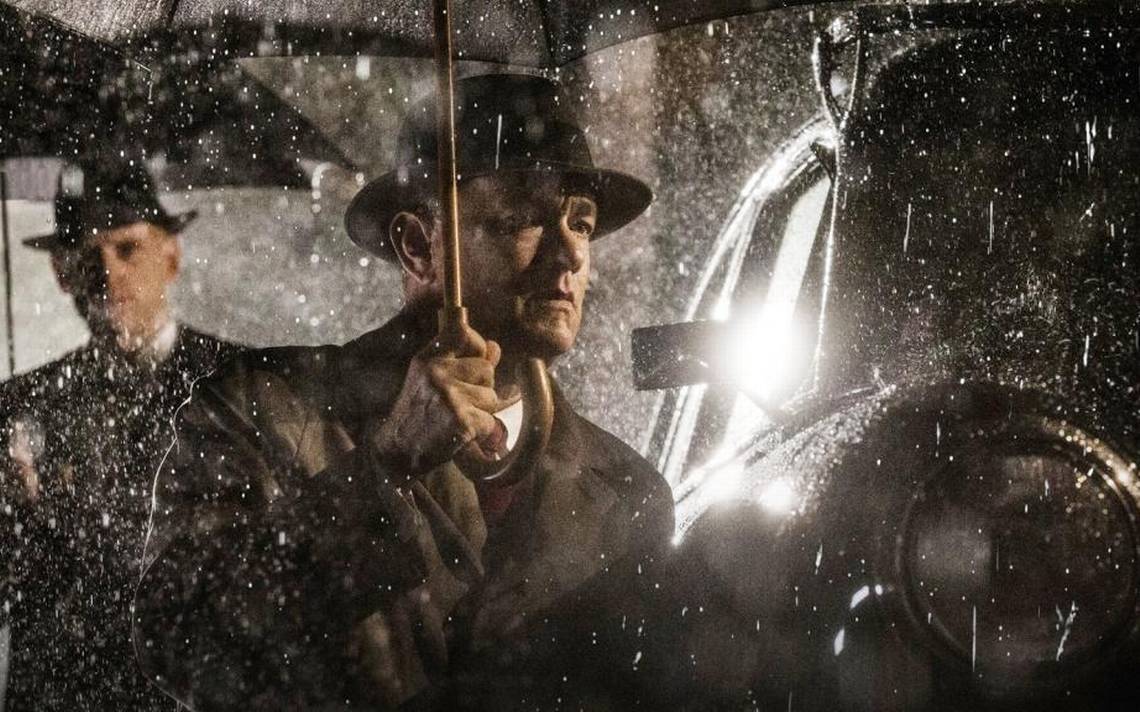 Let’s be honest, the trailer for Steven Spielberg’s latest blockbuster drama didn’t sell Bridge of Spies to be any more than another archetypal high-budget production praising the American intelligence and bravery. Tom Hanks can barely hold back a smarmy smirk when shutting down a critic of the hypothetical ‘rule book’ of justice by pointing out “it’s called the Constitution” – the guy might as well be wearing a red, white and blue suit with a bald eagle perched on his shoulder. In fact the first time I saw the trailer, I expected it to be called ‘Standing Man’, there was that much emphasis on the line from Mark Rylance’s character. But I digress.

Thankfully, Bridge of Spies surpasses the low expectations generated by the trailer. It’s humorous, compelling and emotional right when it needs to be, and offers a new kind of espionage thriller based on true events during the Cold War, and teaches viewers the answers to some likely pub quiz questions – such as where U2 got their name from. Tom Hanks and Mark Rylance are both exceptional throughout as lawyer Jim Donovan and Soviet spy Rudolph Abel respectively. Donovan is the perfect role for Hanks; he’s not perfect by any means, but he’s loyal and optimistic. Mark Rylance, in particular, makes for mesmeric viewing with his typical nonchalance and insane ability to fit the character so perfectly he could pass for the real deal. He acts everyone off the screen by seemingly doing nothing at all.

It is, however, almost two and a half hours long. It could’ve been 20 minutes shorter had Spielberg tempered his incessant desire for sensationalism, but that’s not his style. His attention to detail is, undoubtedly, top notch. The repetition of what the character just said to exemplify the immense pressure of the operation and scenes such as Donovan giving up his overcoat to a gang of young boys in East Berlin are a nice touch, yes. But by the two hour mark these nice touches aren’t so welcome and you kind of resent them for prolonging the already overly elaborated narrative, and so the only factor stopping you from checking your watch every two minutes and praying for it to finally fucking finish is the high quality of the screenplay (kudos to the Coen brothers) and the deliverance of the script. The subject matter is interesting and shocking; but not so interesting and shocking that a feature length documentary wouldn’t have sufficed.