A Month of Alien: Alien 3

Posted on October 25, 2015 by reelsteelcinema 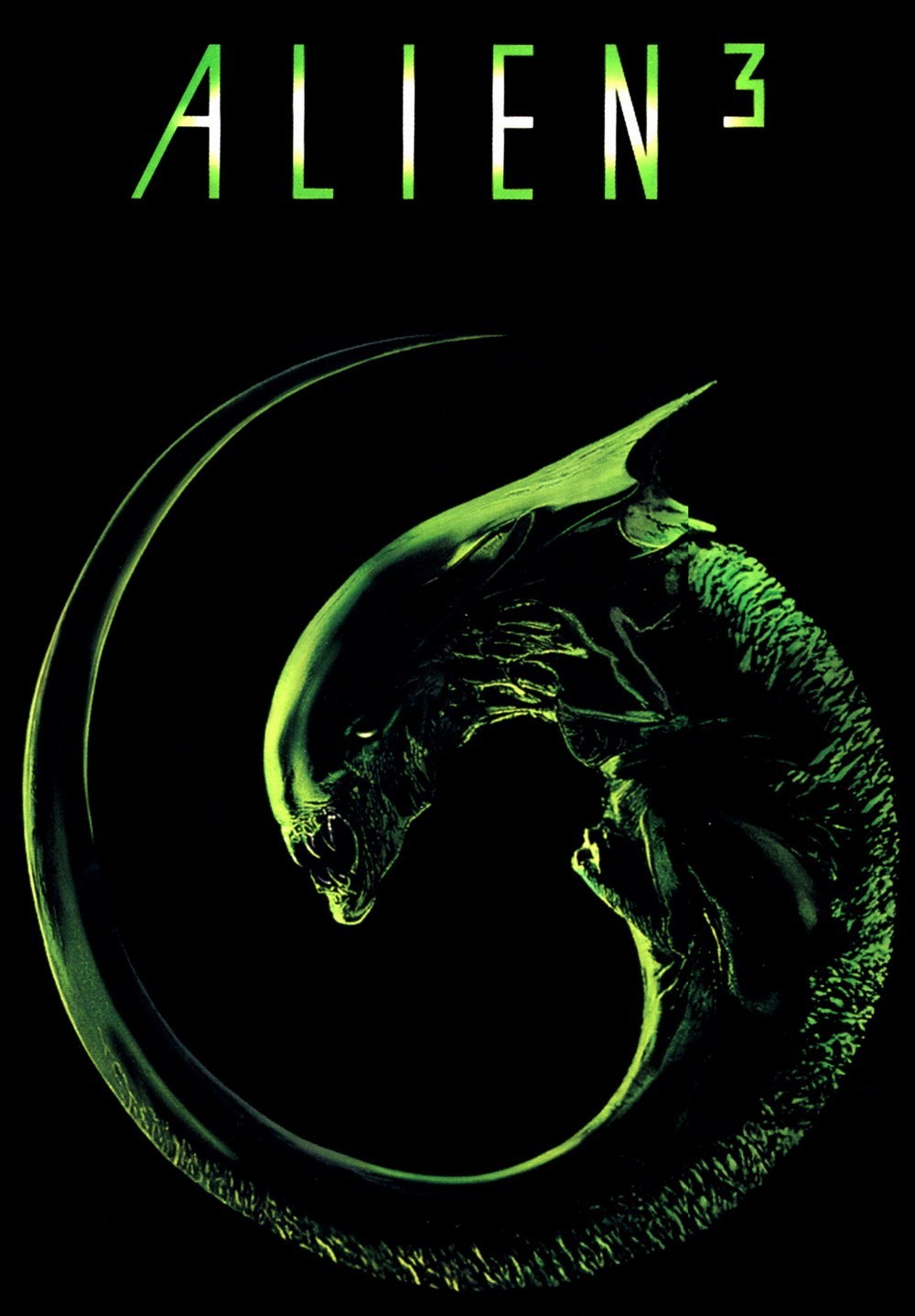 So what with Ridley Scott’s recent confusing/confused comments regarding the future of the Alien series (“Prometheus 2 isn’t going to lead into the Alien films, although it totally is and it’s actually called Alien: Paradise Lost, but it might still take another three movies anyway, and what’s an ‘Alien 5’?”), I thought it would be fun to run through the franchise – which becomes increasingly, fascinatingly messy and weird – reviewing each movie week by week.

By this I mean Alien, Aliens, Alien 3, Alien: Resurrection and OK, fine, I’ll do Prometheus as well (*sigh*, the things I put up with…). I’ll be reviewing each film in the version it was released, so no director’s cuts or assembly edits. Also I want to stick to the films which are ‘officially’ canon in the franchise – so no spin-offAliens vs Predator bullshit either. Sorry to all three of you who enjoy those movies.

All right, without further ado…

If Alien and Aliens are generally considered to be – at the very least – ‘good movies’, then Alien 3 is the point where, for some, the franchise took a big dip in quality. Certainly, it received a much more lukewarm response both critically and commercially; to this day there are those fans of the series who consider Alien 3 to be underwhelming at best, and a frustrating slog at worst. However, I would argue (and you know I’m about to) that it’s actually an underappreciated gem, and would have been a fitting end to the Alien trilogy… if indeed it had been allowed to be a trilogy.

Plagued by production issues from day one, pieced together from the bits and pieces of various scripts (its tortured history has been covered in depth elsewhere, and could easily fill an article all on its own), Alien 3 maybe never stood a chance of being as widely praised as its predecessors. It was the directing debut of some young hotshot called David Fincher, and by all accounts, studio interference and financial pressure almost killed him creatively. Still, considering the almighty botch job it came close to being, it’s an impressively coherent, atmospheric achievement, and it holds up remarkably well as an attempted rounding off of the series and Ripley’s journey.

After the gung-ho Aliens, Alien 3 returned the series to its horror roots. Once again in stasis, Ripley crash-lands on the prison/foundry works Fiorina ‘Fury’ 161, which is populated by violent YY-chromosome male inmates (the majority of whom are English, specifically Cockney: the easy, stereotypical short-hand in American movies for ‘psychopathic criminals’). This in itself is a good set-up for a horror thriller, but of course, an Alien Facehugger has stowed away onboard Ripley’s shuttle, and soon she is plunged back into the nightmare she has been striving so hard to escape from.

The first thing to mention is the Alien itself – we’re back to just the one, stalking the grimy corridors and air vents of this claustrophobic prison – and how it’s actually a markedly different type to any we’ve seen so far in the series. Having gestated inside a dog, instead of a human, the Alien here is quadrupedal, slightly smaller and faster. This change in design is a clever one, as this new Alien seems able to strike quicker and with even more animal-like ferocity than any of the others we’ve seen, operating less on intelligence and more on bestial instinct.

In terms of visual design more broadly, Alien 3 employs a dirty, earthy aesthetic particularly suited to this story of a hellish prison (despite some admittedly wonky CGI). Replacing the cold blue and green hues of the previous films with fiery oranges and grubby browns makes the film – along with its themes of redemption and damnation, compounded by the loosely-explored kind of neo-Christianity practiced by the inmates – feel downright apocalyptic, as though the Alien is a demonic presence and Ripley a guardian angel, with Fiorinia 161 as either purgatory or Hell itself.

Of course, Alien 3 is really all about Ripley, and what has by this point become an almost symbiotic relationship between her and the Xenomorph race she continually finds herself fighting against.* She gets some of her most badass moments in this film – a particular standout is the way she coolly faces down Dillon (Charles S. Dutton)’s intimidating comment about his being a “murderer and rapist of women” with “really? Well, I guess I must make you nervous” – and she’s absolutely still the strong, intelligent survivor of the previous films. She is also shown as a sexual person, forming a romantic – or at least physical – relationship with Charles Dance’s medical officer, Jonathan Clemens. It may sound like an insignificant detail, but her suggestive admission to Clemens that he has been “out here a long time”, and her subsequent seduction of him, adds a kind of human vulnerability to her character ensuring that she doesn’t come off purely as a hard, single-minded warrior woman. She has very human desires beyond just survival.

One of the biggest problems some Alien fans have with the film is that Newt and Hicks are killed offscreen, during the credits sequence no less. While I understand why that pissed some people off, I would say that it actually serves the film in two big ways: it shows with shocking, casual bluntness how nobody is really safe from the Alien threat; and it also makes Ripley’s fight here all the more personal and painful. She had a shot at a family – a chance for lasting happiness despite all the horror she had witnessed, and it gets ripped away from her by another damn dirty Xenomorph. Another criticism commonly levelled at the film is that it’s ‘too slow’. This is particularly baffling, considering how its steady, mood-building approach is not much different to the structure of the first film. Even Aliens took its time with world-building and character introductions before getting to any action.

Overall, Alien 3 doesn’t deserve the kicking it often gets. It’s rife with atmosphere and is maybe the most character-centred film of the franchise, with some nice little additions to the Alien lore and an ending which (without saying too much) feels thematically appropriate and dramatically satisfying.

Of course… then came Alien Resurrection.

*It’s revealed that Ripley has an Alien Queen gestating inside of her, and with the ‘dog-Alien’ consequently refusing to attack her, she is technically – as she says herself – “part of the family.” The strange connection she has formed with her Xenomorph enemies is neatly summed up in one line of dialogue, as she tells the Alien “you’ve been in my life so long, I don’t remember anything else.” It’s a strangely powerful, mournful moment.

** A little side-note regarding something I’ve always really liked about Alien 3: one of its best sequences is of the Alien’s ‘birth’, as shots of its emergence into the world are intercut with the cremation of Newt and Hicks, all narrated by Dillon’s speech about “new life”. It’s expertly crafted editing and shot through with a real sense of doom and hopeless inevitability. This Fincher guy ain’t bad, y’know.