The House Of The Devil

Posted on October 24, 2015 by reelsteelcinema 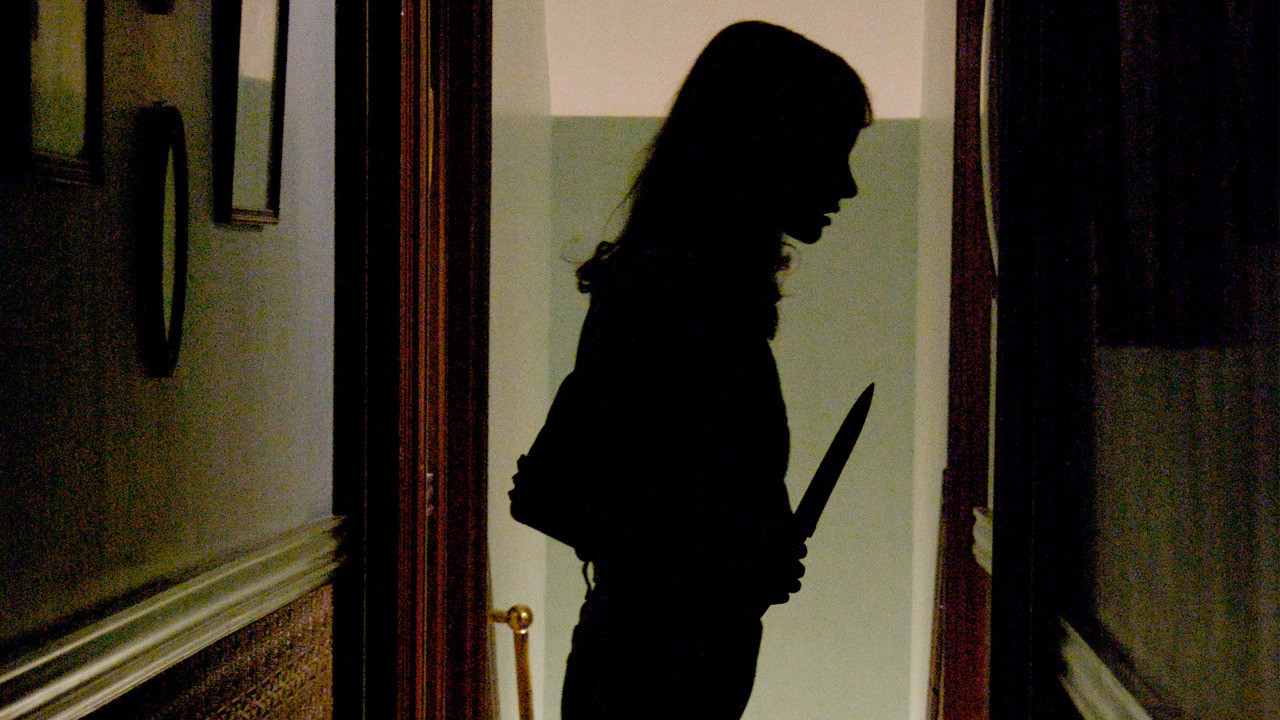 Ti West’s retro indie horror, The House of the Devil (2009) is one of the most polarising scary movies of the 21st century. Critics loved its slow, deliberate build up of tension while the more casual filmgoer yawned in boredom as nothing exciting seemed to happen until the film was almost over. What the critics understood that the causal filmgoer didn’t is that this is the way true horror is meant to be. Look at Roman Polanski’s Rosemary’s Baby (1968) or Stanley Kubrick’s The Shining (1980); these films take their time to set the scene, to build a disquieting atmosphere, savouring the final terror for the climax. The problem is that over the years the horror genre has become increasingly fast-paced, getting to the juicy bits almost straight away, and therefore jettisoning the kind of slow burn suspense that made the likes of Rosemary’s Baby so downright creepy and unsettling. This kind of slam-bang approach to the genre isn’t necessarily a bad thing in itself (William Lustig’s Maniac Cop 2 (1990) is a prime example of hyperactive horror done just right), it’s just that audiences’ attention spans have consequently shortened, meaning that anything with a remotely leisurely build up of suspense is immediately dismissed as boring.

It was inevitable that, entering into a climate of low attention spans, fast-paced action and barrages of cheap jump scares, West’s intentions were bound to be misunderstood. What West wanted to do was take the genre back to the halcyon days of classic late ‘70s, early ‘80s independent horror, but modern viewers proved stubbornly unwilling to embrace the past. Thus, The House of the Devil has been consigned to the cult zone, that strange world which exists somewhere between mainstream cinema and underground film. It’s ironic then, that the film has proved to be something of a trendsetter. It was one of the first films of the new millennium to consciously model itself on the horror movies of yore, obsessing over and minutely imitating the tone, look and sound of late ‘70s and early ‘80s horror. Since its release there have been an increasing number of films looking back towards that particular period for inspiration. However, unlike, say, Adman Wingard’s You’re Next (2011) or David Robert Mitchell’s It Follows (2014), The House of the Devil’s appropriation of the codes and conventions of old school horror feels somehow more genuine. Where those later films feel very knowing, like they are almost winking at the ‘80s from a 21st century perspective, House seems like it could genuinely have come from that golden era.

The House of the Devil’s period touches are spot on, from the opening credits which hearken back to Tobe Hooper’s The Texas Chain Saw Massacre (1974) by suggesting that what follows is based on true events, to the grainy low-budget film stock and piano and synthesiser-driven score. But it’s the tone more than anything that aligns it with its genre forefathers. It’s that slowly rising, cloying sense of unease, that feeling of inevitable doom and shout at the screen don’t go in there moments that most bring to mind those 1970s classics of slow burn terror. At its heart the film is an old dark house movie with its central concept of a young girl babysitting in a strange house where some unspeakable evil lurks. Like Bob Clark’s Black Christmas (1974), John Carpenter’s Halloween (1978) and Fred Walton’s When a Stranger Calls (1979) before it, the film milks the babysitter in peril theme for all its worth, cranking the tension right up to eleven as the heroine goes wandering through the house’s dark corridors and mysterious rooms.

Of course, the whole premise is in danger of coming apart if the heroine is somebody we don’t care about. Luckily, actress Jocelin Donahue excels in the role of Samantha, the naïve but likable student who just wants some extra cash to afford the deposit for a place of her own, carrying the movie almost single-handedly. Also of note is Tom Noonan as the socially-awkward proprietor of the titular house, who may be hiding more sinister machinations for Samantha than the simple babysitting job would seem to suggest. If there’s one flaw with The House of the Devil, it’s that the build up is so gripping and engaging that the ending can’t help but be a bit disappointing. After all, this is a film with over an hour’s build up of tension so it’s unsurprising that the climax doesn’t quite live up to the grand expectations laid down up to this point. Nevertheless, West’s film is one of the few horror films of the 21st century that can truly lay claim to capturing the essence of the glory days of horror, showcasing a handle of tension and restraint lost on most modern directors. So, if you want a horror film that isn’t all noise and no soul, you could do a lot worse than tracking down a copy of The House of the Devil this Halloween.