Posted on September 1, 2015 by reelsteelcinema 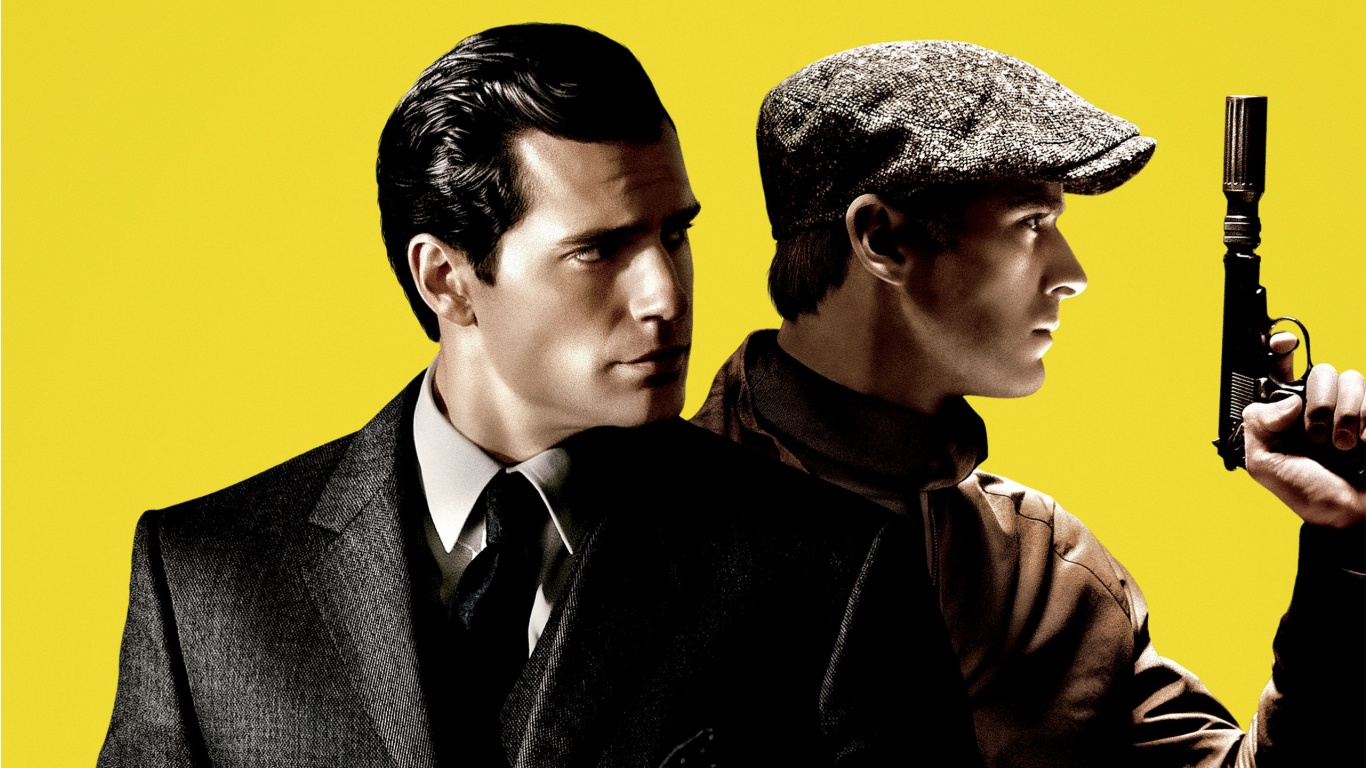 It’s safe to say that people don’t tend to get too excited at the announcement of a new film by Guy Ritchie. But what I’ve always wondered is, why not? Apart from the unspeakable movie he made with Madonna, Ritchie has always managed to entertain in spades. Early offerings Lock, Stock and Two Smoking Barrels and Snatch were British gangland flicks at their very strongest. You’d have to search long and hard to find people that didn’t enjoy Brick Top or Brad Pritt as a bare knuckle gypsy boxer for example. Where these films have transferred into almost cult status buy now, Ritchie has continued to adapt and his film output now, although having taken on a different genesis altogether continues to display what a talented director he is. After 2008’s RocknRolla Ritchie then made the conscious choice to step into the realm of the blockbuster. And thus we come to his latest film, The Man From U.N.C.L.E, a remake of a 60’s TV show featuring current Superman (Cavill) as U.S. Agent Napoleon Solo facing off against The Lone Ranger himself (Hammer) as KGB agent Illya Kuryakin… surely these aren’t the ingredients for a good film… but that’s where you’re wrong. It may be yet another US/ Soviet stand off movie, and it may feature two rather uninspiring actors in lead roles, but it’s worth an investment of your time.

Cast your mind back to 2009, in the early days of Robert Downey Jr’s renaissance, hot off of Iron Man, the motor mouthed America actor was cast and starred as the lead in Sherlock Holmes Ritchie’s big budget debut and Hollywood water mark. While it deviated from the source material somewhat and played fast and loose with the traditional Sherlock Holmes formula, there can be no argument that this film, and 2011’s sequel Sherlock Holmes: A Game of Shadows, entertained sufficiently. Downey Jr. in the lead role turned out to be a perfect casting choice alongside Jude Law as Dr. John Watson. Ritchie did this by keeping the character’s key elements in place and accentuating them for dramatic and comedic effect. His Sherlock double-feature, whilst not being serious or high on the scale of art, is an impressive set of work considering Ritchie’s meagre film making origins.

The casting choices in The Man From U.N.C.L.E deceive you into thinking there will be precious little to love from the off. Neither Cavill or Hammer have either set the world alight in the acting stakes. Cavill was passable in Man of Steel and aside from the flop that was The Lone Ranger Hammer has only gained slight ounces of recognition from his role in The Social Network where he played a set of identical twins. The two of them here are simply fantastic though. Cavill is slick, suave and every other line he spouts is an innuendo of sorts. He is clearly relishing his part here and putting in his strongest performance to date. Hammer’s tortured Soviet agent has anger issues, and is tormented by the noises of rumbling Red Army tanks and jack boots on the cold concrete floors of The Gulag. An audio-anecdote that reoccurs whenever he is emotionally strained. The two compliment each other perfectly, like champagne and caviar. They drive the film forward and actually make light of a rather simple and cliche script.

The film’s source material, while being well known, is far from as notorious as Arthur Conan Doyle’s famous character. However, this really plays into a younger viewer’s hands. Having never seen the TV series I went in with no preconceived ideas about how the film should portray its characters or what tone it should take.

It is in fact, not just a good film, but possibly one of the most enjoyable films of the year so far, simply for the fact that it doesn’t take itself seriously. The reason why James Bond is so beloved the world over is because in the beginning the films that portrayed him were like this, tongue-in-cheek with aspects of high action and intrigue. The Man From U.N.C.L.E. is quite simply Guy Ritchie’s love letter to 60’s spy movies, and he is unflinching in his approach throughout. The costumes, vehicles and editing are all executed to perfection. There was a clear cinematic obsession here to make sure all of the tiniest elements synced up correctly. Roger Moore wouldn’t be out of place at one of the Italian bars sipping a Martini with a raised eyebrow whilst Solo and Illya sneek their way into a bank vault.

The film embraces stereotypes but at the same time subverts them in order to embellish aspects that would seem outdated to a 21st Century audience or for comedic value. Alicia Vikander isn’t simply the “Bond Girl” of the piece, in fact she can drink more Vodka than Hammer’s KGB agent, she can fight for herself, fix car engines and isn’t there to simply be an attractive object. In fact Cavill’s Napolean Solo couldn’t be less attracted to her if he tried, he seems completely disinterested in her as an object of sexual desire and treats her more like you would an equal or a colleague. The opening sequence in which they drive at breakneck speed through Cold War Berlin exemplifies this greatly.

The villains are all so ridiculous as well that it’s impossible to take any of them seriously; here you have a mad Nazi scientist with a penchant for torture, a cold and calculated British heiress with dollar signs in here eyes and an Italian race car driver turned mobster. All are played for laughs and only serve the world of the film by being ridiculous and fantastic to watch all at the same time.

Like his Sherlock movies before The Man From U.N.C.L.E. again displays Ritchie’s talent for tackling the genre-movie in a contemporary and engaging way. It’s probably time that people stopped being underwhelmed by the news of his latest films, because if his next project is anything to go by (a reboot of Arthur and the Round Table featuring Sons of Anarchy alumni Charlie Hunnam in the titular role) then we’re in for more of the same. And that really isn’t a bad thing.